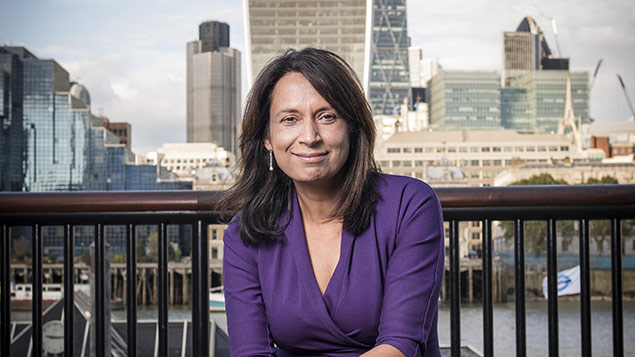 “The time for talk on race in the workplace is over, it’s time to act” – Baroness McGregor-Smith
REX/Shutterstock

Businesses with more than 50 employees should publish a breakdown of their workforce by race and pay band, an independent report commissioned by Government has proposed.

The Baroness McGregor-Smith Review, which is published today, has found that people from black and minority ethnic (BME) backgrounds are still being held back in the workplace, costing the UK the equivalent of 1.3% in GDP each year.

The economy could benefit by £24 billlion per year if BME staff progressed in work at the same rate as their white counterparts, said the report.

Baroness McGregor-Smith, former CEO of outsourcing giant Mitie, said: “The time for talk on race in the workplace is over, it’s time to act. No-one should feel unable to reach the top of any organisation because of their race.

“If businesses and the Government act on my recommendations, it will show everyone from a minority background that Britain’s workplace is for everyone not just the privileged few.”

In a series of recommendations, the review calls on large employers to lead the way in removing barriers to BME progression, urging companies with more than 50 employees to:

“The consequences of continuing to do nothing will be damaging to the economy and to the aspirations of so many. So from the Cabinet table to the board rooms, there is no more time for excuses – just change,” added Baroness McGregor-Smith.

“Every person, regardless of their ethnicity or background should be able to fulfil their potential at work. That is the business as well as the moral case” – Sandra Kerr, BITC

Business minister Margot James said: “Outdated attitudes or lack of awareness about ethnicity, in the workplace must be challenged.

“As this report shows, the economic benefit of harnessing untapped talent is huge and I urge employers to implement these recommendations to ensure everyone can reach the top of their career – whatever their background.

“I would like to thank Baroness McGregor-Smith for helping to shine a light on this important issue. We need to work together to build an inclusive culture in the workplace.”

The McGregor-Smith review includes examples of large employers, such as the NHS, KMPG and RBS, that have benefited from increased innovation, more effective teamwork and a better understanding of customer demands by harnessing BME talent.

As part of the recommendations, Business in the Community (BITC) has agreed to publish an annual list of leading employers to celebrate success and highlight good practice.

Sandra Kerr, race equality director for BITC, said: “Every person, regardless of their ethnicity or background should be able to fulfil their potential at work. That is the business as well as the moral case.

“We know that diverse organisations that attract and develop individuals from the widest pool of talent consistently perform better – but this change has to be employer-led.”

TUC general secretary Frances O’Grady said: “Without government action, racist discrimination at work won’t simply disappear. Ministers must act on the report’s recommendations, including requiring companies with over 50 employees to publish data on race and pay.”

Denise Keating, chief executive of the Employer’s Network for Equality and Inclusion (enei) said: “We saw that a voluntary approach to Gender Pay Gap Reporting was largely ignored, resulting in the implementation of Section 78 of the Equality Act 2010.

“It is likely that employers will take a similar approach to the recommendations of this report, and the Government must be prepared to legislate if they are committed to eliminating racial inequality.”

The Government has also announced that a Business Diversity and Inclusion Group will be set up and chaired by the business minister. It will bring together business leaders and organisations to coordinate action to remove barriers in the workplace and monitor employers’ progress.