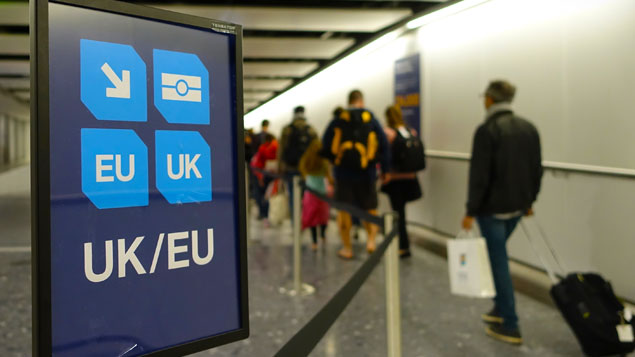 The number of EU nationals working in the UK has fallen by a record amount, with 86,000 fewer EU workers in the second quarter of 2018 than in the same period in 2017.

Figures released by the Office for National Statistics (ONS) today showed that there were 2.28 million EU nationals working in the UK between April and June, after the number of EU workers in the UK fell for the second consecutive year.

The drop in the number of EU nationals in employment was the largest since records began in 1997.

Gerwyn Davies, senior labour market analyst at the CIPD, said: “Today’s figures confirm that the UK labour market has suffered from a ‘supply shock’ of fewer EU-born workers coming to live and work in the UK during the past year, compared with previous years.

“This has contributed to labour supply failing to keep pace with the strong demand for workers; which is consistent with another welcome fall in unemployment.”

The figures were published shortly after the CIPD and The Adecco Group revealed two in five employers found it difficult to get the staff they needed over the past year, forcing many to increase starting salaries in a bid to attract applications.

Last month, immigration law firm Migrate UK found that some employers had spent thousands of pounds on additional benefits to encourage EU nationals to work for them.

The ONS figures showed that wages, excluding bonuses, grew by 2.7%, while output per hour worked increased by 1.5%.

“It’s vital that employers look at ways in which they can improve people management in order to maximise the potential of technology and raise the skill levels of the workforce.”

Suren Thiru, head of economics at the British Chambers of Commerce, said more needed to be done to help employers attract and retain staff, including “real reform” of the struggling apprenticeship levy system.

He said there was little evidence that wage growth was set to continue further. “Achieving sustained increases in wage growth remains a key challenge, with sluggish productivity, underemployment and the myriad of high upfront business costs weighing down on pay settlements.”

Recruitment and Employment Confederation chief executive Neil Carberry said: “Growing demand for people is now pushing against the capacity of our labour market – especially in some particularly in-demand sectors and growing regions.

“The situation is only exacerbated by a continued decrease in the number of EU nationals choosing to work in the UK. For UK business to continue to flourish it’s critical that there is a comprehensive mobility and migration deal with the EU post-Brexit, so firms have the capacity to invest and grow here in the UK.”