EU postpones discussion on quotas for women on boards 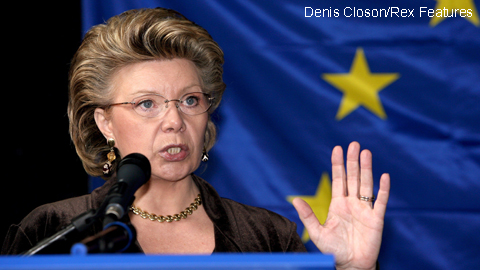 Proposed quotas aimed at increasing the numbers of women on boards across Europe have received a setback after the European Commission postponed discussions on the matter until November.

European Union (EU) commissioner Viviane Reding had pushed for mandatory quotas after suggesting that they were the most effective way of increasing female board-level representation across Europe.

Women currently make up around 15% of board-level positions across the EU and Reding’s proposed quotas would have required this to increase to 40%.

A debate on the quotas was due to take place on Tuesday this week and, depending on the outcome, a European Parliament vote would have taken place to decide whether or not to make gender quotas mandatory across the 27 EU countries.

However, lawyers pointed out that the quota plan, which included sanctions on companies that did not meet the target, could not be enforced under EU rules.

On Twitter, Reding wrote: “I will not give up. [Jose Manual Barroso (EU Commission president)] will put this on the Commission agenda again before the end of November.”

However, news of the postponement was welcomed by a number of employment groups, some of which underlined their preference for a voluntary approach to women’s representation at board level.

Helena Morrissey, founder of the 30% Club, a business group aimed at increasing the numbers of women on boards, underlined the group’s opposition to quotas. She said: “The 30% Club is vehemently anti-quotas to force change; they are a form of discrimination, designed to create the illusion of progress but they don’t work. Instead, we are interested in a sustainable increase in the pipeline, which will take longer but deliver real benefits to businesses that currently lose so much female talent.

“Many companies are recognising that the issue of better gender balance is an important business issue rather than a ‘women’s issue’. If companies are going to go beyond box-ticking they must own the debate, and we continue to encourage a voluntary approach to sustained change in business culture in this country.

“The rate of change over the past two years, and the rate of acceleration in terms of non-executive appointments, shows that a voluntary approach to gender diversity does work.”

Tom Hadley, director of policy at the Recruitment and Employment Confederation, added: “This is good news – especially as there are signs that the voluntary approach is starting to work with a record 16% of women now on the boards of FTSE 100 companies.

“Although we are not in favour of a quota system, we recognise the need to accelerate progress and will continue to actively promote the role that executive recruiters can play in sourcing more female candidates for senior roles.

“The other priority is to continue addressing residual barriers – for example, by embedding effective mentoring and flexible working patterns in UK workplaces. The UK recruitment industry is committed to helping make a real difference in this crucial area.”