Why do female employees miss out on work-based training? 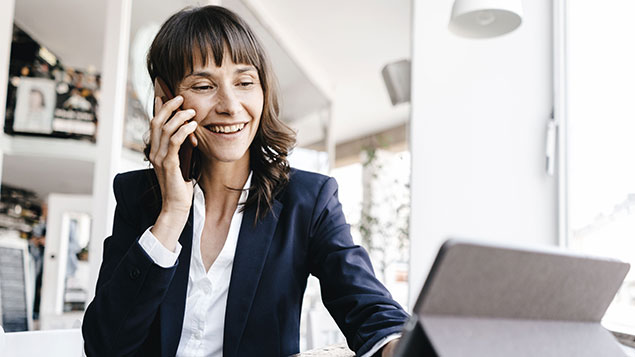 With so much digital learning available, why are women still receiving less work-based training?
WestEnd61/REX/Shutterstock

Research published this month found that male employees are far more likely to receive training at work than women. The impact of this “training penalty” stretches way beyond how much learning is on offer, discovers Virginia Matthews.

Male employees are significantly more likely to be sent on work-based training courses than their female colleague and don’t tend to be asked to help foot the bill, a Europe-wide survey of more than 6,000 organisations has found.

Around eight in 10 men benefit from employer-sponsored development programmes; much of it skewed towards making them “better leaders and managers”, says The Knowledge Academy, a global IT training provider and author of the report.

In contrast, six in 10 women are put forward for training, particularly in more specialist areas such as equality and diversity – offered to 39% women but only 24% of men – or health and safety (61% versus 52%).

With men more likely to be trained in mainstream business strategy, they also outrank women when it comes to receiving job promotions or pay rises on the back of it.

“Despite women stating that the skills they need are more job-focused, specifically in IT and numeracy, many of them are re-routed into what may be seen as less mainstream programmes,” says the Academy’s group managing director Barinder Hothi.

“Given the types of training that women are likely to receive, together with the fact that they are less likely to be offered it in the first place, there appears to be a significant training penalty based purely on gender.”

Hothi says that while the over-representation of women in part-time work (44% versus 13%) is part of the reason why women lag behind in professional training, overt sexism and unconscious bias also play a part.

She does not think women are more reluctant to put themselves forward for courses, but does recognise that home life may play a role: “Women are very concerned with keeping their skills up to date, but when a course involves five or so days out of the office, it can be difficult to juggle career and family commitments,” she says.

Hothi says these obstacles could be removed with more flexible courses: “With the advent of more digital and blended learning opportunities, it should be perfectly possible for employers to tackle the gender-based training penalty without adding yet more pressure to female employees or incurring too many inconveniences to the business.”

The report; which draws on data from Eurostat and the Learning and Work Institute (formerly NIACE) finds that European companies overall are 18% more likely to send men on work-related training schemes than women.

While the UK differential is 5%, employers here are also more likely to sponsor professional training for men (74.1%) than for women (68%) and to ask women to contribute to the costs.

The experience of communications professional Abby, who left the healthcare sector partly as a result of training unfairness and who doesn’t want to be identified, is typical.

“While working at an NHS mental health trust in 2014 as a project co-ordinator, it came to my attention that my male counterpart; on a different project, but in the exact same role and under the same project manager, was offered the chance to be trained in project management,” she says.

“The same opportunities were not offered to me, even though the specialist knowledge would have greatly benefited my career trajectory.”

She later asked for and received the same training, but Abby felt undervalued by the experience and subsequently decided to quit.

“The idea that because a woman may become a mother, her commitment to the job will be any less, or that she isn’t worth ‘using up’ company resources, should be firmly challenged,” she says.

In Hothi’s experience, hard-pressed employers are already prioritising training for legal compliance over other types of career development.

“With firms expecting more for their money, training areas which keep the lights on – cyber security for example – or specialist project management skills are moving up the agenda fast,” she says.

“Given that women are less likely to work in IT or in an area of compliance, it’s easy to overlook them when it comes to identifying individuals whose training will add real long-term value to a business.”

Fiona Aldridge, assistant director of the Learning and Work Institute, says that the relative paucity of career-boosting training opportunities for women reflects more fundamental problems such as unequal pay and occupational segregation.

“It was once thought that poverty and unemployment went hand-in-hand but we now know that in-work poverty is the biggest hurdle to climb,” she says.

“Although the proportion of women who are low-paid is at its lowest ever at 23.4%, there are still five million people in low pay in the UK overall – one million more than the OECD average – and more than six in 10 of them are female.”

She adds: “There are all sorts of reasons why men often end up in well-paid professional business roles and women in low-paid, low-status jobs and they involve everything from inadequate educational outcomes to the burdens of childcare and eldercare.”

“But together, they reinforce the inescapable fact that women occupy a largely subordinate position in the entire UK labour market.”