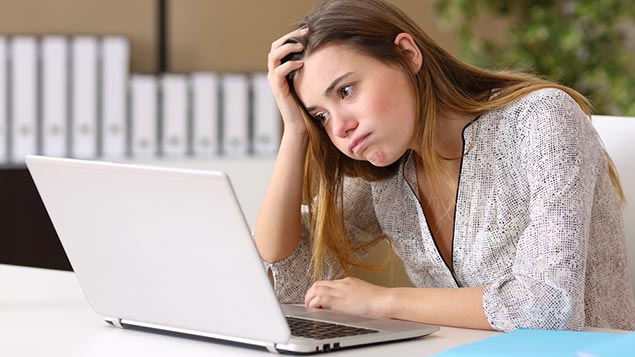 Research shows that businesses’ expectations of what HR systems can deliver often outstrip the reality. What are the key factors that influence success or failure?

It’s a depressing statistic: a recent survey of more than 500 business leaders in Europe, the Middle East and Africa found that only 24% feel that HR technology suppliers are having a positive effect on their business.

According to Fosway Group, which conducted the research, too many HR IT projects promise to generate business change but only end up automating processes.

Another survey, by consultancy firm KPMG, found that 63% of respondents had expected greater value add to their business from cloud HR software implementations than their investments had achieved.

These statistics show how just because your organisation has invested in new HR software, that does not mean your business issues will be solved, or processes automatically streamlined. So why do so many projects fail to deliver the promised return on investment?

1. Expecting it to fix everything

If workflow processes are outmoded and data is old and duplicated, it’s unrealistic to expect that a new system will fix that.

Think about whether you’re investing in it because it looks good or because it’s a tick-box exercise.” – Jane Sunley, Purple Cubed

Stephen Fortune, principal consultant at The Oxford Group, suggests that if employers want systems and processes to change within the workforce, they need to change the culture and behaviours of the staff, not just the technology that they wish to introduce.

Fortune describes how, so often, companies invest large amounts of time and money in introducing new technology systems with the aim of improving efficiency, but after the initial excitement about the new process, people return to their old behaviours and the new system is not used.

“Rubbish in equals rubbish out” is a good mantra here – implementing software to automate sub-standard workflow will only speed up bad processes, rather than supporting HR to better cater for the needs of the business.

“In large organisations you tend to get a ‘united nations’ of interests, with each business unit advocating their own way of doing things,” says Robert Bolton, a partner at KPMG. “Sometimes it’s easier to come in with new, optimally designed processes rather than trying to accommodate what everyone currently does. Go for something that’s fit for purpose and fits the functionality of the new system.”

2. Opting for too many bells and whistles

With such an array of HR systems available – from end-to-end systems from the likes of Workday and Oracle to add-ons such as engagement apps, analytics tools and feedback portals, it’s tempting to push for an investment in everything.

“Think about whether you’re investing in it because it looks good or because it’s a tick-box exercise. It might seem like a low cost investment but if it takes up 10 peoples’ time to work on it and doesn’t fix something in the business, is it worth it?” advises Jane Sunley from HR consulting company Purple Cubed.

It’s also important not to invest in software for the wrong reasons, says Sue Lingard, marketing director at Cezanne HR. “One example was a company that selected an HR system because they liked the look of the interface and it had some fun social stuff they thought they’d be able to use.

“It didn’t have some of the key features the business needed to support flexible working or their overseas workforce, but they were assured that this would be coming soon. That anticipated release didn’t happen, so they had to move to another system.”

3. Not getting priorities right

Rather than hoping your software investment will deliver across the board, prioritise where it needs to deliver value and focus on getting this right.

“People get seduced by the promises of things the software is going to do without thinking about what it is they actually need,” adds Sunley. “Find something that makes a difference to the business and switch this on first so you can show there are returns.

New systems can often be a whole new set of behaviours – invest the time in making sure that your people have the tools, knowledge and skills to make it a success.” – Emma Bridger, People Lab

Bolton from KPMG says that one of the downsides of organisations’ increasing move to cloud technology is that implementation tends to be more immediate, and less incremental, so it’s important to be ready for this change. Focusing on two or three priorities can prevent this becoming overwhelming.

This can have its advantages, however. “Newer, cloud-based HR systems are purposely designed to be configured by the customer rather than customised by the supplier,” adds Lingard.

“Since the systems are more complete to start with, there’s often the option to ‘try out’ an HR solution – even for companies with several thousand employees – before they buy it so that it can be experienced in reality rather than on paper.”

Getting the communications right around new software implementations can really influence how staff engage with them.

“New systems can often be a whole new set of behaviours – invest the time in making sure that your people have the tools, knowledge and skills to make it a success,” advises Emma Bridger, director at engagement consultancy People Lab. “Clear and regular communications are critical to help ensure employees understand their role, the steps that are being taken and the implications.”

Bridger advises working with an internal communications team to ensure employees get the information they need in the right way, adding: “An all-employee email might not be the best way to get to a few key stakeholders.”

Focusing on getting communication right with managers will help, as if they don’t adopt a new process or system, those around them are also unlikely to.

Communication shouldn’t be a one-off thing, either. “This investment in internal communication should continue throughout the entire process – from the research and testing points, right through to the final roll out and feedback stages,” explains Kate Headley, director of diversity consultancy The Clear Company. “The latter is incredibly important in terms of maintaining long-term success.”

5. Not getting the right team to lead the change

“Leadership is of the highest importance. You need the right person to lead the project and they may not already be operating within that group meaning you’ll have to recruit from other areas of the business or even from outside of the organisation to find them,” says Barney Parker, CEO of Venquis, a change and transformation recruiter. “It might take more time, but it’ll be worth it in the end.”

A 2014 report by Willis Towers Watson revealed that only 55% of change projects are initially successful, with just under a quarter of managers unable to explain why changes were being made and one-third unable to guide employees through the change process.

Headley concludes: “At the end of the day, it can’t be forgotten that changes to software will most affect a company’s talent, so they need to be kept in the loop and two-way communications need to be opened. Otherwise, it will be incredibly difficult to get the buy in that use needed to get the best possible return on investment.”