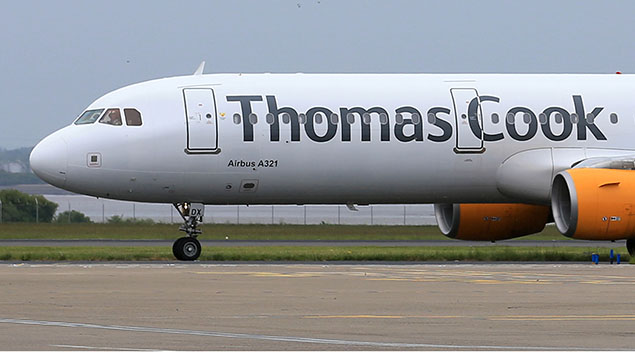 The manner of their dismissal has led more than 100 ex-Thomas Cook staff to take legal action at the defunct travel company.

The former employees say Thomas Cook did not act lawfully because they did not keep them informed of the company’s situation. They have appointed lawyers to represent their case at employment tribunal.

If their case is deemed sound, the former staff would be entitled to a protective award, a sum of up to 90 days’ pay that employees who have been made redundant without being properly informed are entitled to.

Meetings were held across the country today at which the ex-employees voiced their grievances and were given forms to join the legal action. The largest gatherings were in Manchester where Thomas Cook was based.

Among the claimants is Claire Hoang from Stalybridge, Manchester, who was notified by email of her redundancy in the early hours of Monday morning and said she had more than £700 of expenses she would never see again.

Informing and consulting prior to redundancies

She said: “We knew there were difficulties earlier in the year, but they were played down internally. Even over the weekend we were getting emails from the leadership team with reassurance that they were trying their best and not going to let it go without a fight.”

She added that the email received at 1:00am on Monday was “pretty cowardly” and “it feels just too much of a stretch that the Thomas Cook chiefs didn’t know what was happening, and if they did, the way those of us who have been left without jobs, without access to our pay, our expenses and our pensions, have been treated is disgusting.”

Aneil Balgobin, a partner at Simpson Millar who is leading the legal action against Thomas Cook, said: “This has been a very upsetting and distressing time for the former Thomas Cook employees, many of whom were made redundant with a moment’s notice and who now face financial uncertainty while searching for a new role.

“Many people mistakenly believe that if a business goes bust, that’s it. The staff are simply hung out to dry with no means of recovering what is rightfully theirs, but that isn’t the case. Protective awards are in place to support people in cases such as this.

“We are already in touch with well over 100 people who have been affected, and we understand that there are hundreds of others eligible to claim.

“Anyone making a protective award claim needs to get a judgement from an employment tribunal which can be a very daunting process, but we are happy to talk anyone through the process and help them get back on their feet at this difficult time.”

MPs yesterday announced they would look into the role of corporate greed in the collapse of Thomas Cook. The Business, Energy and Industrial Strategy committee will turn the spotlight on directors’ stewardship of the company, how much they were paid and how its accounts were prepared and signed off by auditors.

Andrea Leadsom, the business secretary who is co-chairing the national taskforce into Thomas Cook’s failure, has also asked the Insolvency Service to investigate the role of directors in its collapse.

Manuel Cortes, general secretary of the transport workers’ union TSSA, said ministers should explain why the government was not prepared to invest in the struggling business given that European governments had made loans to Thomas Cook subsidiaries abroad and the company’s major shareholder, Chinese conglomerate Fosun, was keen to continue funding the business.

Hundreds of former Thomas Cook workers are set to hold a demonstration at the Conservative party conference in Manchester on Monday (30 September) because of the government’s failure to step in and save jobs.

Lawrence Chapple-Gill, regional co-ordinating officer Unite North West, told Personnel Today that the union’s message to staff was that it would support them through the redundancy claim process, help them with their CVs, with finding work – citing the Gtr Manchester Growth Company jobs fair on 3 October – and with any benefit claims. “We won’t leave them in the lurch the way Thomas Cook has,” he said.

The Unite union represents some 3,000 former Thomas Cook employees who are mainly airline cabin crew and engineers. TSSA represents shop staff and head office employees while most of the travel firm’s pilots are members of Balpa.