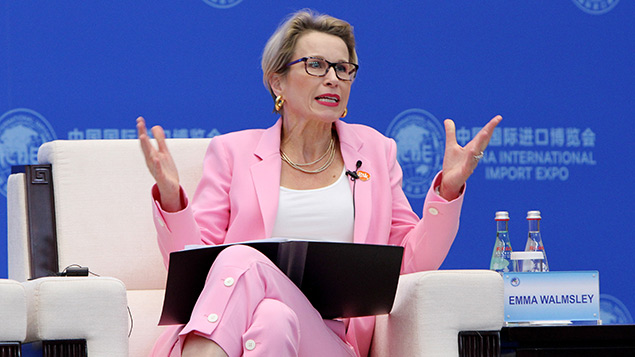 FTSE 100 companies have met their target to have a third of all board positions occupied by women almost one year early, but more needs to be done to increase female representation in senior leadership and executive roles.

Business secretary Andrea Leadsom welcomed the “fantastic work” of the Hampton-Alexander Review and the organisations that met the target, but said women in some careers still face barriers to progression. For example, only 15% of finance directors in FTSE 100 organisations are female.

In 2016, the government-commissioned Hampton-Alexander Review set the UK’s biggest organisations a voluntary target of having 33% of their board-level roles occupied by women by the end of 2020.

FTSE 250 organisations, however, were still some way from achieving the target. Women currently represent just 29.5% of board positions in these firms, according to the Department for Business, Energy and Industrial Strategy.

CEO of the Hampton-Alexander Review, Denise Wilson, said: “Half of all available appointments to FTSE 350 leadership roles need to go to women in 2020, not only to meet the 33% voluntary target, but to ensure UK business fully benefits from diverse perspectives and is availing itself of the whole talent pool.”

Leadsom said: “It’s clear that women continue to face barriers to success, whether that’s through promotion to key roles or how they are treated by colleagues.

“Businesses must do more to tackle these issues and we will support them in doing so, including through our world leading reforms to workplace rights.”

BEIS hoped that the measures in the forthcoming Employment Bill, such as enhanced protections from maternity and pregnancy discrimination, will better support women in the workplace.

Thirty organisations in the FTSE 350 still have only one woman on their board (74 in 2018) and 44 firms have all-male executive committees.

Meanwhile, research by King’s College in London found that female senior leaders continued to face “micro-aggressions” and “incivility” from colleagues.

Its survey of almost 350 men and women at board or executive committee level revealed 33% of women had experienced a colleague making disrespectful or insulting remarks about them, compared to 13% of men; 23% had been shouted or sworn at (16% of men); 34% had been ignored or given the “silent treatment” (23% of men); and 39% had been the target of angry outbursts or “temper tantrums” (23% of men).

Professor Rosie Campbell, director of the Global Institute for Women Leadership at King’s College London, said:“Where there are hostile workplace cultures, we simply can’t ask women to lean in and try harder to reach leadership positions.

“Instead we need to ensure undermining behaviour is called out, not rewarded, and build an inclusive environment that embraces diverse leaders and allows everyone to thrive and give their best work.”