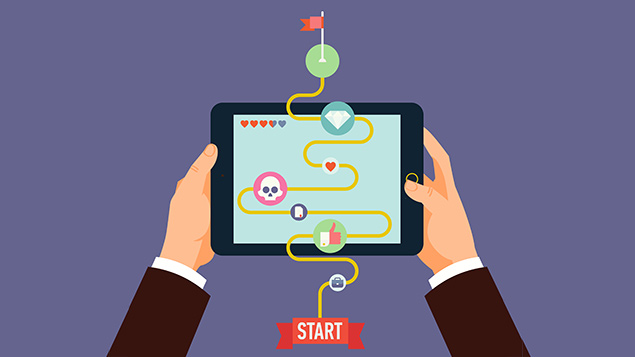 As companies endeavour to attract candidates with the right skills, Cath Everett looks at how gamification is helping recruiters select from a more diverse pool of talent.

Many companies that have, in the past, pursued an exclusively graduate recruitment policy are now starting to look at school leavers. Others are adopting a more proactive approach to attracting candidates from more diverse communities.

Using criteria that are purely based on education and social background tends to lead to less diversity, but psychometric testing puts things on a more level playing pitch” – David Barrett, cut-e

“Ten years ago, a lot of things were done for legal reasons, but people are now very aware that being able to harvest from a much wider demographic is maximising the search for better talent and enables a much more sure and high-volume supply.”

The shift has also partly been driven by globalisation as the spending power of different groups around the world has risen, he says. But the media has played its part too in increasingly holding to account companies that have, to date, only paid lip service to inclusion.

“The change isn’t necessarily out of the goodness of their hearts, but for the goodness of their wallets,” Barrett says. “The issue is that you’re wasting 95% of available talent by only going after candidates from Ivy League-equivalent universities, when you could be reaching brilliant talent across the world.”

As a result, firms such as Deloitte are starting to look for alternative approaches. Last autumn, the management consultancy adopted a “blind CV” process when hiring for 1,500 graduate and school leaver positions.

This meant that the schools or universities attended by applicants was hidden from recruiters until a job offer was made, in a bid to reduce bias.

Another possible route is to use psychometric testing in the shape of online assessments and questionnaires. “Using criteria that are purely based on education and social background tends to lead to less diversity, but psychometric testing puts things on a more level playing pitch,” says Barrett.

“You can make better use of talent communities in a particular market or region and access people in places that you wouldn’t have been able to reach before.”

To broaden this reach further, cut-e has partnered with Arctic Shores, which introduced its psychometric games software for recruitment to the market late last year.

The machine learning-based system measures each applicant’s skills, abilities and potential to perform in a given role based on characteristics such as their appetite for risk, tolerance of ambiguity and persistence.

This information then enables recruiters to match individual profiles against their own requirements. Not only does the gamification element of the test make it fun for candidates to undertake, but it also provides them with feedback about themselves at the end.

The aim of the new partnership is to integrate Arctic Shores’ software with cut-e’s own assessment techniques and systems, in order to create customised talent acquisition offerings for clients.

The two vendors are already undertaking a joint project with Vodafone, for which cut-e is running a graduate assessment centre.

According to Robert Newry, founder and managing of Arctic Shores, this initial collaboration involves coming up with a “mini version of our psychometric game to act as a teaser or prelude to the online assessment provided by cut-e”.

But, as Barrett concludes: “Lower socio-economic groups are more comfortable using games when applying for jobs than they would be with more traditional methods. Employers are also happy to have an engaging assessment that won’t potentially put candidates off. It’s about giving everyone a chance and not just those with the right CV who went to the right school.”