Up to 15% of gender pay gap reports have errors 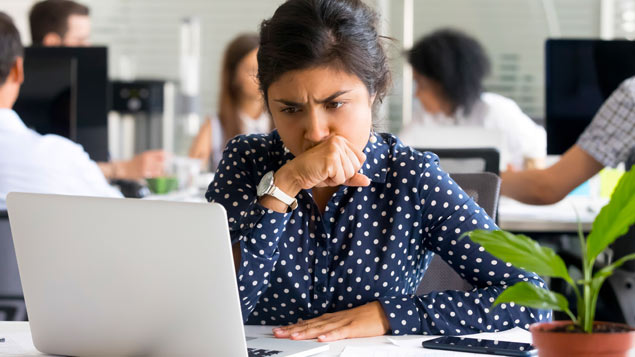 Up to 1,600 organisations may have made mistakes in their gender pay gap calculations, with many calculating the median or pay quartiles incorrectly.

According to the Royal Statistical Society (RSS), as much as 15% of the 2018 gender pay gap reports published ahead of the April deadline could be incorrect.

It found that 572 employers had made mistakes in their reports, while it had suspicions about the accuracy of a further 1,000 submissions.

According to the research published in the Times, brewer Greene King’s report incorrectly claimed that the majority of staff in its higher income quartile were women, while Cleveland police used the wrong calculation for the median average.

Earlier this month the RSS claimed that many errors could be avoided if government guidance was improved and simpler calculation methods were adopted. It also suggested that pay data should be presented in pounds and pence, rather than percentages, to remove ambiguity.

The RSS said HR professionals should be better supported in their gender pay gap calculations, as they are effectively being asked to take on statistical tasks they might not have the skills to carry out.

Nigel Marriott, a fellow of the RSS, said: “People working in HR and payroll departments are largely left on their own to figure out the calculations, even though many of these staff will never have had statistics training.

“It doesn’t help that the government’s own guidance on its website is very ambiguous.”

He also told the Times that larger companies may have “overestimated” their own statistical abilities and would benefit from contracting an external statistician to calculate their gender pay gap accurately.

According to data analytics firm Paygaps.com, the most common error employers have made is failing to provide a link to a report on their website. It suggested that this, and other mistakes, could lead employees to believe that their employer “didn’t care enough” about the gender pay gap reporting requirement.

It has also been suggested that the use of manual calculation methods, such as spreadsheets, have resulted in erroneous data being submitted to the government portal.

The Equality and Human Rights Commission, which is responsible for enforcement of the gender pay gap legislation, said 5% of eligible private sector organisations had not submitted their data ahead of the 4 April deadline – roughly 440.

EHRC chief executive Rebecca Hilsenrath said: “Gender pay gap reporting is not optional. It is a legal requirement and there’s simply no excuse for employers failing to comply with the regulations this year. We will be taking enforcement action against all organisations that have not filed by the deadline requiring them to report immediately.

“Employers that don’t report on time not only risk enforcement action and potential financial penalties; they are letting down the women who work for them. They should be prepared for an unhappy workforce and potential reputational damage.”

She said it is vital that employers publish action plans to “explain their figures and highlight where they will be targeting any inequality in their workplace”.