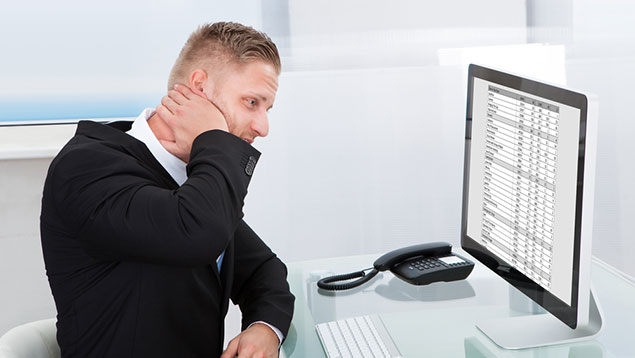 New research has cast doubt on the accuracy of about 15% of the gender pay gap information being collected by organisations. The failure to provide links to company reports has also been flagged.

According to analytics firm Concentra, businesses have been getting their gender pay gap calculations wrong as a result of manual calculation errors, with one in six companies misreporting their numbers.

The errors, claimed the analytics firm, were because almost half of organisations were using outdated manual methods such as spreadsheets to compile their figures. Just over half, however, were using less fallible workforce planning and analytics software designed to help organisations track their pay data and see trends over time.

Researchers found that nearly 70% of UK respondents (the survey was of 400-plus finance and HR leaders in the US and UK) were working on projects to automate the collection of diversity and gender pay gap data.

Nearly half (45%) of respondents said they used specialist software for aggregating and cleansing HR data and 41% were using it to generate headcount cost analysis, but the rest are still relying on spreadsheets.

Rupert Morrison, CEO, Concentra Analytics, said it was crucial that HR and finance departments worked together in tandem; only then could companies properly understand and report their people data.

He said: “Whether it’s for reporting their pay gap or enabling HR and finance teams to model the future of their organisation, it’s clear that companies need to up their people data game. To ensure data is trustworthy, organisations need to have the right processes in place rather than relying on manual number crunching.

“The alternative is everyone working overtime to pull information together from disparate sources in a panic as the deadline approaches.” Costly and inefficient guesswork was the result, he concluded.

Last month a senior consultant at a prominent HR agency told Personnel Today he often witnessed firms struggling to collate gender pay gap figures: “We’ve had to do a lot of work with clients… it’s a bit last-minute and a lot of companies don’t really know how to do it. Companies put it off.”

Meanwhile, 33% of private and voluntary organisations have failed to provide a link to their gender pay gap report, analysis carried out by Paygaps.com has shown.

Government guidelines stipulate that private and voluntary organisations are required to submit their gender pay gap metrics in addition to a report which is published on their website. A link to the report should also be submitted to the government website along with the statutory metrics.

Paygaps.com said that this showed that many organisations were not taking gender pay gap reporting seriously and called for more meaningful action being taken against those who failed to comply.

According to Innes Miller, Paygaps’ chief commercial officer: “Organisations that fail to include a link are sending a message that says that gender pay gap reporting is simply a compliance exercise and not something that is important to their future. It reflects poorly among current employees, prospective employees, customers and investors who are looking for a commitment and a clear understanding of how the organisation plans to achieve greater equality”.