Gig economy ‘like quicksand’ and workers unable to develop skills 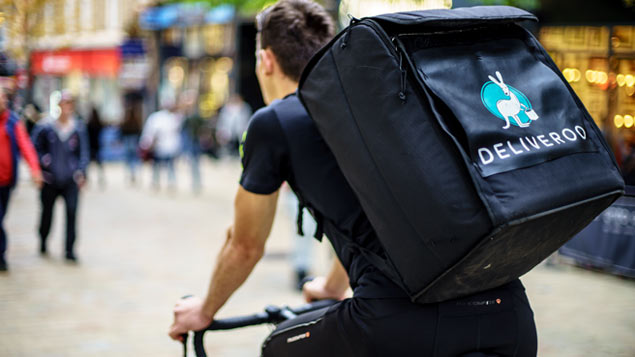 Some gig work platforms like Deliveroo are helping workers with their costs. Shutterstock

Gig workers are often “trapped” in insecure work because long hours, financial insecurity and piecemeal work mean they are often unable to develop skills that will get them further in their careers.

This is according to digital think tank Doteveryone, which found many platform workers have no option but to continue working in the gig economy because they can find no way out.

Two-fifths of UK workers opt for flexible or temporary work

“We heard from them how gig work is ‘like quicksand’ – low pay becomes unliveable pay after costs are accounted for – and the promise of flexibility is an illusion when, in reality, workers must be available 24/7 and scrabble for every gig available,” its Better work in the gig economy report states.

It recommends that the government’s National Retraining Scheme is adapted so it is able to better support gig workers’ skills development.

It suggests the scheme could include micro-learning and mentoring courses that can be used flexibly around variable working schedules; incorporate financial and mental health support; and offer ways for workers to demonstrate and get recognised by other organisations for the transferable skills they develop through gig work.

Some workers would like to see gig work platforms offer them options to help them move up the career ladder or progress within gig work itself.

One cleaner from London said: “I would like some constructive criticism, some training, that could get me to the next level of gig work. I feel like there’s a hierarchy within [gig work] and if there is training to be had to get pay higher, well, please tell me what I need to do.”

A “minimum gig wage” should also be introduced by the government to ensure that self-employed workers are compensated fairly, the report suggests.

It says: “As recommended in the 2017 Taylor Review, a regulated floor will create a base level across all platforms, protecting workers from unfettered competition. But a minimum wage alone does not account for the additional costs of gig work.

“The Minimum Gig Wage would include an allowance to cover a fair amount of the extra costs gig workers face, including the full cost of statutory employee benefits and protections that employees enjoy. This would mean gig worker’s ‘take home’ pay (after costs) would achieve parity with employees and make purchasing employee benefits and protections viable.”

Although some larger gig platforms like Deliveroo and Uber take on a share of workers’ financial risks – such as accident and injury insurance – some of the costs workers incur have a significant impact on their take-home pay.

Martha Lane Fox, executive chair and founder at Doteveryone, said: “The gig economy can be fantastically empowering if you can work on the terms you wish for. But it can also be destabilising, dehumanising and dispiriting if you don’t.

“The convenience of a taxi ride or a takeaway must not be traded for the rights of people to work with financial security and dignity and to fulfil their dreams for the future.”