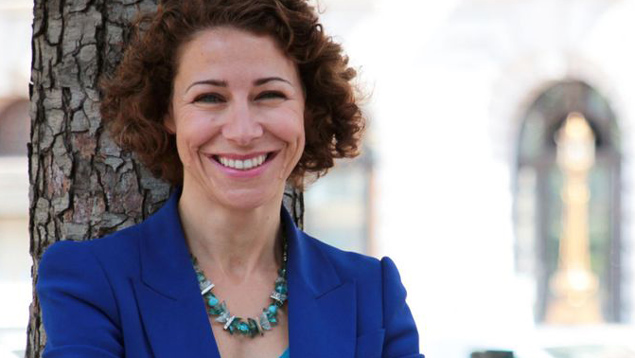 Sacha Romanovitch, the first female head of a major professional services firm, is to resign at the end of the year.

Grant Thornton UK announced that Romanovitch, in consultation with the firm’s board, had decided not to stand for re-election for a second term and a new CEO will be appointed before the end of the year.

Ed Warner, chair of the partnership oversight board said: “In Sacha’s four years leading Grant Thornton her focus has enabled the firm to establish a distinctive position in the market. She has been an inspiring CEO attracting great people to our firm and what we stand for. Crucially, Sacha has established a platform which will drive sustainable and profitable growth.”

If profits get unhinged from purpose it might not hurt you now, but it will come back and bite you on the bum” – Sacha Romanovitch, CEO, Grant Thornton

Romanovitch, who has worked for Grant Thornton for 28 years, said: “I am proud of what we have achieved in the market, with our people and with our clients, breaking the mould in so many ways. We have attracted so many talented people and great clients to our firm due to our purpose and what we stand for.

“As we enter the next phase of our plans, following discussions with Grant Thornton’s board, we have agreed that the time is right for a new CEO to take the firm forward.”

Last month the accountancy firm, which is seen as the main challenger to the “big four”, made headlines when an anonymous note claiming to represent the views of 15 partners was sent to newspapers.

Since taking over Romanovitch has introduced a profit share scheme for all staff, not just partners, and has focused on “profits with purpose” in an effort to improve sustainability at a time when the actions of auditors is in the spotlight in the wake of various scandals such as the Carillion collapse.

She responded to the anonymous note, saying: “A small cadre of partners will find it hard, we are making decisions that will depress profits in the short term but will help profits in the long term … If profits get unhinged from purpose it might not hurt you now, but it will come back and bite you on the bum.”