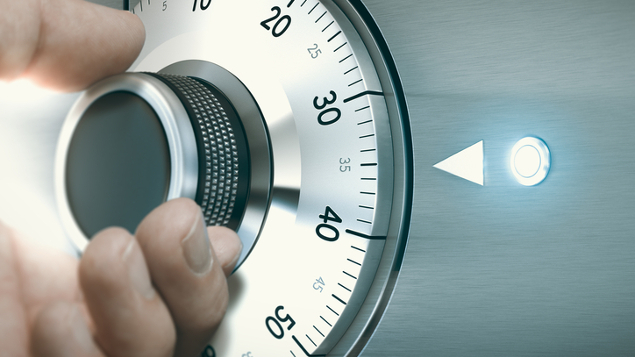 Allegations of misconduct that enter the public eye can ruin corporate reputations and mark an end to executive careers. HR faces a tough challenge gaining employees’ trust to report misconduct, but technology can help, says Neta Meidav of Vault.

There’s been a rise in corporate scandals in recent months, with the grimy corporate cultures of household name brands often being exposed by employees or whistleblowers. The fall-out for those organisations is severe – employees, customers and investors question their reputation and the financial impact can derail a business.

Companies such as Uber, Nike and WPP have all made it to the news for these reasons, but the scale of this issue affected every sector and every industry. In many cases, such as Nike, employees started their own initiative to unmask harmful behaviour and individuals. Other cases became known because employees had taken to social and mainstream media.

Pressure for legislation and the establishing of more regulations has built. Here in the UK, the parliamentary Women and Equalities Committee has recommended that the government introduce a new duty on employers to prevent sexual harassment in the workplace.

In financial services, it’s been announced that the new Senior Managers & Certification Regime – which helps to safeguard against misconduct among senior finance executives – will also encompass sexual harassment in its remit.

In the US, meanwhile, investors include “social due diligence” as part of their pre-merger preparation, in case any skeletons in the closet threaten to jeopardise a deal – something that’s become known as “the Weinstein clause”. And every New York-based employer now has to comply with stringent state legislation to prevent harassment at work.

Sexual harassment might be in the headlines, but it is not the only type of misdemeanour that threatens the reputation of businesses. An incident of serious misconduct could involve anything from bullying on social media to corporate fraud or sharing industry secrets.

HR professionals face a conflict when it comes to handling misconduct in their organisation. On the one hand, they want to increase trust in leaders and improve transparency; on the other they need to establish a safe way for employees to report suspicions of misconduct and know that these will be investigated.

Although recent research showed that more than a third of employees would challenge sexual harassment at work, that still leaves more than 60% who would not. And incidents of harassment are on the rise – a recent survey by Slater and Gordon found that four in 10 women had been harassed at work over a period of a year. It’s perhaps not surprising that there continues to be a gender pay gap when women feel uncomfortable about challenging dominant behaviour. Furthermore, many of these women will end up leaving the business without reporting these incidents, meaning organisations miss out on potential talent.

Traditionally, organisations have relied on “hotline” systems where employees could leave details – anonymously if desired – of incidents or behaviour that they felt could be classified as misconduct. But while the workplace has changed immeasurably in the past 50 years or so, these anonymous hotlines have not.

Anonymous reporting doesn’t work for a number of reasons: allowing employees to remain unidentified could reinforce their fears of speaking up, giving out the message that it’s not safe to share their views. There’s also the risk of sparking a witch hunt – if managers know there’s been a complaint but not who submitted it, they may decide to follow up on their own suspicions and this creates an atmosphere of mistrust among the team.

Finally, it can be difficult to address issues while protecting an employee’s identity, particularly where stories need to be corroborated and evidence gathered. Furthermore, if HR is constantly pursuing anonymous tip-offs, this can be time consuming.

So how can organisations make employees feel comfortable about reporting misconduct and reinstate trust in corporations at a time when it’s estimated that only 25% of misconduct is actually reported?

Developments in blockchain technology can help people to keep immutable records, and help businesses to keep track of corporate behaviour and maintain a healthy work culture, while self-regulating themselves from the grassroots up..

My company Vault has developed an app that allows employees to record and report instances of bullying and harassment. It can time-stamp memos about what happened and save evidence such as an email, text or photo into a virtual vault that is created securely and confidentially, and accessed solely by the user until the time they decide to report.

The tool can also identify patterns; for example, if a particular name keeps cropping up against certain allegations, and employees can use the GoTogether function to report issues that affect multiple individuals.

The evidence provided will help HR professionals conduct a thorough investigation and speak to the right people rather than chase an anonymous lead. Employees feel safe using the system because they can share observations or experiences confidentially but know they will be listened to and followed up on and they report because they find strength in numbers.

But more than that, it enables organisations to get a high-level view of their culture and its tolerance of misconduct. As a benchmark, we might ask an organisation to run a survey about how much harassment has been reported in the past 12 months, so they can compare the results with those achieved after our technology has been introduced.

If reporting initially goes up after deploying Vault, that shows there is trust in the reporting mechanism – but incidence of misconduct tends to decrease in time because companies perceived to be doing something about it report lower levels of poor behaviour, and Vault’s ability to identify repeating patterns acts as a deterrent against future acts of misconduct.

Of course, enabling more secure reporting via blockchain creates a new pipeline of information flow between employees and employers. As organisations begin to address the cultural issues that influence levels of trust within organisations, they should begin to see improvements in how misconduct is handled and also fewer incidents that could threaten their reputation.

As so many corporate “surprises” in recent years have shown, you can only handle what you know. It could pay to allow technology to act as your “social due diligence”, vouching that your organisation takes a zero tolerance approach to harassment and misconduct.