HMRC to reform CEST tool ahead of IR35 changes 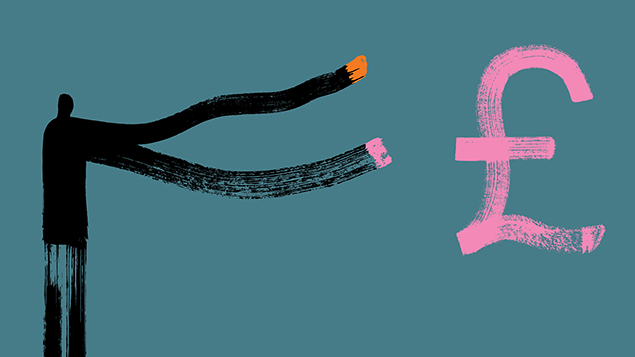 HM Revenue and Customs has announced it will make changes to its Check Employment Status for Tax tool, which has been criticised by businesses and contractors alike for inaccuracy.

HMRC has also issued more information to businesses on how they should prepare for the extension of the IR35 off-payroll rules to the private sector in April 2020.

A briefing note confirms that HMRC will not open new enquiries into past tax disclosures unless there is reason to suspect fraud or criminal behaviour.

The enhancements to CEST are due at the end of the year, with HMRC claiming it has worked with more than 300 stakeholders to ensure it was “clearer, reduced user error and considered more detailed information”.

HMRC said: “The tool was rigorously tested against case law and settled cases by officials and external experts. It provides accurate results and HMRC will stand by the result produced by the tool provided the information input is accurate and the tool is used in accordance with our guidance.

“To date, the tool has provided a determination in at least 85% of uses. As a minority of employment cases can be less straightforward, we’re giving these customers detailed help and guidance, including one-to-one support from specialist advisers on our helpline.”

The rules – which began applying to the public sector in 2017 – are designed to ensure that companies are not using ‘disguised employment’ as a way of getting around their tax and national insurance obligations.

Currently, an individual with an income of £50,000 who works through their own company, but doesn’t follow the rules, will contribute around £6,000 less (through tax, NI and employer’s NICs) than somebody doing a very similar job as an employee. This includes employer NICs contributions of around £5,000.

HMRC estimates that outside the public sector, only one in 10 people who should be paying tax inside IR35 rules actually are – it’s estimated the change in rules for the private sector will raise more than £1bn for the Exchequer.

The note added: “This reform does not prevent people from working through their own limited companies and does not affect the self-employed. Contractors who are following the existing rules correctly will feel little impact.”

IPSE’s deputy director of policy Andy Chamberlain said was disappointing that HMRC is “stubbornly” standing by the CEST tool: “HMRC has lost the vast majority of IR35 tribunal cases since 2017 – based on CEST tool rulings. You also have to wonder: if HMRC is so confident in the CEST tool, why is it changing it now?

“The truth is the CEST tool is extremely unreliable. In fact, HMRC admits that in 15 per cent of cases it cannot even provide a determination. The tool comes out with incorrect determinations – or does not produce a judgement at all – because it does not account for mutuality of obligation between a self-employed person and their client.

“The tool does indeed urgently need to be refined and updated, but in all our talks with HMRC, they have been adamant they will not change it to factor in mutuality of obligation. Therefore, we doubt this ‘enhanced version’ will improve matters at all for the self-employed. They still face disastrous changes to their tax system, based on a fundamentally flawed tool. We urge the government to recall and rethink this ill-conceived plan before it is too late.”

Susan Ball, employer solutions tax partner at RSM, said it was encouraging to see HMRC was being proactive in engaging with affected businesses.

“However, we remain concerned that HMRC will not necessarily know about all the businesses in scope, and there is a risk that some will fall through the gaps,” she added.

“We also look forward to the launch of the new CEST tool before the end of this year, which should help reduce the confusion and errors that we have seen in employment status determinations to date. It is pleasing that HMRC have confirmed that if you use the current version they will stand by the decision if it is completed correctly.

“Today’s statement also provides some, albeit, limited comfort to contractors who have been worried that HMRC could look to open new enquiries into past tax disclosures as a result of these changes.”