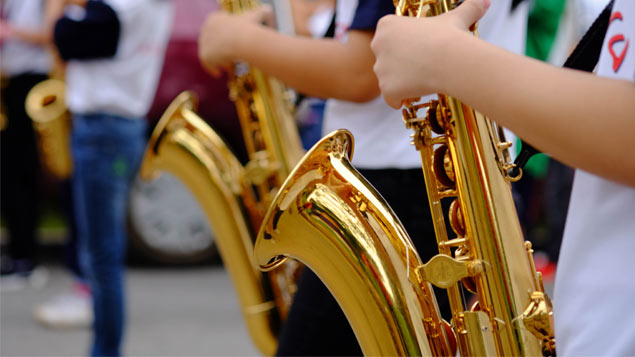 Ms Brazel was employed as a term-time saxophone and clarinet teacher. Shutterstock

Holiday pay for permanent staff who only work part of the year – such as term-time workers – should be calculated using their average earnings over a 12-week period and not pro-rated, the Court of Appeal has ruled.

In handing down the court’s judgment in The Harpur Trust vs Brazel, Lord Justice Nicholas Underhill coined the term “part-year worker” to describe somebody on a permanent employment contract who only worked for part of the week for part of the year – such as a music teacher or school sports coach – and said their holiday pay should be calculated differently to part-time staff who worked the full year, even if it resulted in the employee receiving a windfall.

Ms Brazel, a visiting music teacher at Bedford Girls School, was employed by the trust on a zero-hours contract. She argued that she lost out after the school changed the way it paid visiting music teachers by calculating her earnings at the end of each term and paying her one-third of 12.07% of that figure – equivalent to 5.6 weeks. The payment system was in accordance with a method for calculating casual workers’ holiday pay which was recommended by Acas.

However, the employee said the method did not comply with the calculation required by the working time regulations and produced a lower figure. She believed that holiday pay should be calculated by taking the average weekly remuneration for the 12 weeks prior to the calculation date and multiplying it by 5.6.

As she worked around 32 hours per week, using this calculation brought her holiday pay to around 17.5% of annual pay, compared with 12.07% of annual pay for staff working the whole year.

She took her case to an employment tribunal, which ruled that the trust had been calculating her pay correctly. She subsequently appealed the decision at the Employment Appeal Tribunal and it ruled in her favour.

The latest judgment from the Court of Appeal says the working time regulations did not require leave for workers like Ms Brazel to be reduced pro rata.

It says: “It may at first sight seem surprising that the holiday pay to which part-year workers are entitled represents a higher proportion of their annual earnings than in the case of full-year workers, but I am not persuaded that it is unprincipled or obviously unfair.

“It is important to appreciate that the workers in question are on permanent contracts. It does not seem to me unreasonable to treat that as a sufficient basis for fixing the quantum of holiday entitlement, irrespective of the number of hours, days or weeks that the worker may in fact have to perform under the contract: it is important not to lose sight of the fact that the actual days from which they will be relieved, and the quantum of their holiday pay, will reflect their actual working pattern.”

Simon Rice-Birchall, a partner in the employment team at Eversheds Sutherland, said the judgment provided much-needed clarification for employers calculating holiday pay for irregular workers who do not work the entire year.

“Although the sums involved are typically small, capping holiday pay at 12.07% is standard practice in some sectors, making this decision of broader importance. Employers will need to adjust their calculations in the light of this case and should anticipate requests for unpaid holiday back pay from those affected,” he said.