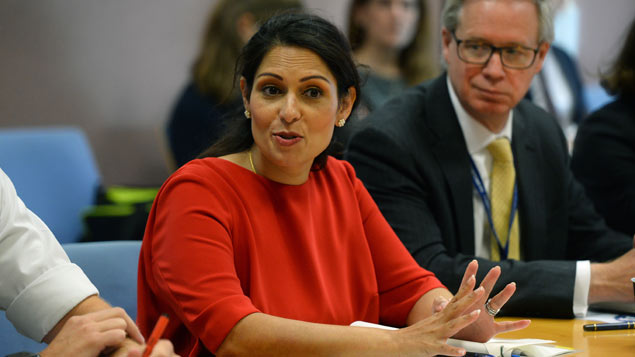 Last week home secretary Priti Patel said she was planning to end freedom of movement for EU nationals as soon as the UK leaves the European Union – in just nine weeks’ time – which sparked outcry among campaign groups and business bodies. Simon Kenny looks at the steps employers should take to prepare for such a sudden change in immigration policy.

My reincarnation as a “Brexit lawyer” started in July 2016 when an organisation sought to reassure its many EEA citizen employees that they would be able to stay in the UK. I advised, for the first time of many, of free movement and the possibility of confirming the right to stay with UK Visas and Immigration.

Since then, the organisation has been planning for Brexit. It has addressed the concerns of its employees with workshops, presentations, webinars and advertising the Home Office’s resources. It has assessed the settled status scheme, the deal that wasn’t approved and, now, the prospect that none will be. All have involved a serious commitment of time and resources.

This approach may need to be altered just nine weeks before the scheduled departure date. Reports last week indicated that the new home secretary intends to “end free movement” to the UK of EEA citizens immediately in the event of no-deal Brexit. The reports were clarified by a Home Office Fact Sheet on Monday.

What has actually changed?

The EU Settlement Scheme seems set to continue, whether a deal is reached or not, for EEA citizens living in the UK prior to the Brexit date. Individuals will have until at least 31 December 2020 to apply. The European Temporary Leave to Remain scheme, which had been proposed as a transitional measure in a no deal situation, is likely to be abandoned or at least considerably limited. We are also told that we can expect a new immigration system to be introduced before 31 October in the event of no deal.

So, although the previous home secretary advised that “there will need to be some kind of sensible transition period” in the event of no deal, that seems to have changed.

Important immigration issues are not addressed in the announcement. How to distinguish between EEA citizen residents before the Brexit day and those arriving afterwards at the border seems a major problem, since the former will able to register for settled status until the end of 2020. Anyone seeking to live and work in the UK after a no-deal Brexit date will need to meet criteria which, at the moment, we don’t know. The status of frontier workers and British citizens abroad who are likely to face reciprocal treatment can be described, at best, as unclear.

We can see major practical and legal barriers to introducing a new immigration system before Brexit. A report that no details were actually agreed in advance of the announcement and that officials have been asked to look at how to bring about an end of free movement on 31 October “which is symbolic only” suggests the practicality of changing the system has yet to be assessed. Changes to immigration requirements tend to take months, if not years, to phase in and require consultation and careful assessment.

There also seems to be serious legal challenges in ending free movement on the day of Brexit. The Immigration and Social Security Coordination (EU Withdrawal) Bill will provide the legal framework for ending the domestic version of free movement rights, has reached “third reading” stage in Parliament and requires assent to become law. An alternative suggested in the news reports – that new Immigration Rules may be introduced instead via Statutory Instrument to circumvent the parliamentary process – could in itself be subject to objection in Parliament if presented. A related political issue is that the present government may no longer be able to sustain a majority for legislation relating to Brexit.

We can see major practical and legal barriers to introducing a new immigration system before Brexit.”

In light of this uncertain position, what practical steps can Brexit policy leads and those engaged with planning take at this stage?

We have seen employers prepare for immigration changes by:

It is difficult to assess what the real risk is of free movement ending on the day of Brexit and how to respond, but taking practical steps such as the above can help reduce the impact of sudden changes.

Simon Kenny is a principal associate at Eversheds Sutherland specialising in immigration law.
View all posts by Simon Kenny →
Previous Article
Next Article