HR roles: do you have a split personality? 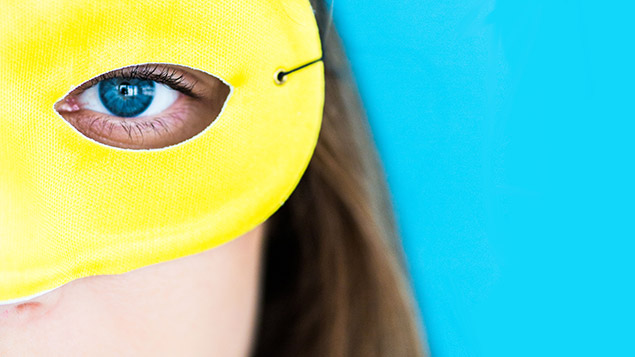 Can you really split transactional and transformational HR in two? Housing group Gentoo has done just that. But will others follow, asks Virginia Matthews?

Of all the charges laid at the door of HR, the suggestion that it’s a department of “box-tickers” may be the most unjust, but it’s also the hardest to shift.

On the one hand, HR has to be the guardian of organisational compliance yet, at the same time, it needs to inspire a positive and high-performing culture so the business can achieve its goals.

XpertHR’s annual research has key data on HR including the ratio of employees to HR staff and HR running costs per employee. Want a free copy of the report? Take part in the HR metrics survey.

Gentoo has recently split its HR department into two parts. The larger “operational” team takes care of the transactional side of the business including payroll, contracts, learning and development and legislation; and a smaller group focuses on culture, leadership, engagement and overall vision.

While the two teams collaborate regularly on matters such as leadership appraisals, where cross-organisational methods assess individuals both in terms of efficiency and behaviour, for the most part, Gentoo’s HR team splits into two categories: compliance or culture.

Although Walls admits that he has lost some people over the decision to break the established business mould – “maybe two or three, including managers, who didn’t feel they could live up to our beliefs”– he says he has no regrets.

Walls says: “Some HR professionals really love the nitty-gritty of pensions reform or the latest EU missive on health and safety and who’s to say that that sort of work doesn’t suit some people perfectly?

74
The median number employees for each member of HR staff.
Source: HR roles and responsibilities – the 2015 XpertHR survey

“But, while conventional HR obsesses about the minutiae of contracts and discipline, we also need to ensure that a separate branch of the industry is dedicated to fostering consistent behaviour and establishing a clear cultural stamp.”

Both Jon Ingham, executive consultant at Strategic Dynamics, and Paul Kearns, chair of the Maturity Institute, agree with Walls that much HR practice is necessarily formulaic. But they differ as to what can be done to tackle the problem.

“I think the main reason that this change is being suggested is that people continue to be more important to business success and it is increasingly clear that we are not being very successful in tapping in to what people have to offer,” says Ingham. “A tendency towards box-ticking is common in all professions and yes, it can be an issue for the industry.”

He adds that this is reinforced by “rather immature approaches to measurement which tend to emphasise attributes which are easily measurable – such as gender split – in preference to things which are harder to measure, but which may be more important, such as diversity of perspective”.

Though critical of how HR is developing in many organisations, Kearns is suspicious of any move to carve it in two.

He says: “HR today has become a box-ticking function with everyone copying ‘best practice’ rather than thinking through what works and what is relevant and valid in their own particular context. Rather than divide the function though, let’s just get rid of the box-tickers.

“Splitting HR would be like splitting the medical function into cleaning/nursing/general practice, and it’s nonsense because hygiene is as much a part of the whole system as doctoring.”

What a carve up

While Walls understands that his “pen-pushers and visionaries” approach will ruffle industry feathers, the business case for taking this step is, he says, clear.

“I believe that corporate values will be the lifeblood of business in the coming decades as the next generation of workers continue to question the Baby Boomer notion of ‘living to work’ and focus more on work-life balance and giving something back.

“The nonsense of someone being an organisation’s top salesman but their worst leader, for example, is routinely accepted by many in HR, but it simply doesn’t work for us.”

Nowhere is Walls’s argument that “traditional HR is too transactional, too process-driven” more persuasive than in the issue of diversity, where he believes negative and narrow thinking harms the job prospects of ex-offenders, ex-military personnel and, increasingly, out-of-work young people. His company was recently named as a “star performer” in Stonewall’s Gay Friendly Employer Index.

Giulia Isabel Cirillo, fundraising officer at Working Chance, a recruitment agency for female ex-offenders, goes further. She believes that some HR departments are so focused on compliance they become hugely risk averse and close their organisations off to new blood.

“We believe HR departments are often guilty of crime by omission. If they put their minds to it, they could act to overcome the culture of risk aversion within their organisations and open doors for women with convictions. Instead, they choose not to stick their heads above the parapet; a failure to do the right thing which is just as harmful as active resistance,” she says.

Ingham sees a solution, however. He explains: “Rather than focusing on recruiting a number of hires from ethnic backgrounds for example, we might help make a business more innovative by increasing the proportion of the workforce which comes from outside our own business sector.

“This would help re-frame our own recruitment activities to help produce more transformational results.”

While the CIPD rejects the notion that HR can be easily split, it believes that Gentoo’s move to deconstruct what it sees as contradictory functions reflects a significant change in the profession as a whole.

Jessica Cooper, research adviser, says: “Many organisations are still struggling to get the basics – the transactional or administrative bit – right for line managers and employees, which would mean they have positive experiences of the industry.”

She believes that when an offer is delayed, a preferred candidate is lost; or if an employee doesn’t get paid their overtime, “it’s highly noticeable”. The other valuable things HR does are not as visible and can get lost.

“The other work taking place to help the organisation navigate change, to develop its leaders, to plan the workforce requirements for the future, to develop and sustain a positive culture – the strategic or transformational bit if you like – often go unnoticed by the majority of the workforce,” she adds.

As to the box-ticking charge, Cooper believes there is no case to answer. She says: “I don’t think the profession is dominated by formulaic box-ticking. HR as a profession has its roots in welfare and labour management, but this has evolved.

“Certainly some aspects of the job are affected by rules and guidelines, and employment law has dictated certain specifics in managing the employment relationship, but this isn’t innately a bad thing.”

While Ingham recognises that HR’s strong process-orientation can divert attention away from the bigger business picture, he believes that the solution lies within the profession itself.

He says: “HR does have a strong process orientation and this, together with the amount of time that needs to go into operating these processes, can sometimes reduce the time and energy spent on more important things such as organisational culture.

“Instead of a restructure though, I think our main focus needs to be on innovating HR processes. If we can understand how to connect our organisational cultures and employees’ diversity of perspective with business objectives, such as improving productivity or agility, it will make the splitting of HR unnecessary.”

Cooper says: “It’s clear from these pieces and our own research that there is definitely an administrative side of HR activity which is affected by advances in technology; specifically cloud, mobile and robotics and the potential to outsource.

Instead of a restructure though, I think our main focus needs to be on innovating HR processes” – Jon Ingham

“The fact is that the world of work has changed, the employment relationship has changed and people, along with how they want to work, have also changed. Inevitably, HR needs to change and that is already happening.”

Although many HR professionals may fear that an industry-wide transaction/transformation split would inevitably impact negatively on their long-term careers, Ingham is more concerned with cohesion. He argues that such a division could make it harder to implement HR strategy overall.

To Cooper, the big questions about current and future HR practice are very far from being settled. “With everything going on at a macro level, you could argue that the role of HR is only going to become more important, but exactly what that role is, or how it can best be fulfilled, is still to be debated,” she says.

As for Walls, he is happy to keep the world guessing. “We already have some cultural values to convey, including the belief that nothing is impossible, the importance of living authentic relationships and the belief that staff should give us all they’ve got.

“But the whole point of our values-led discussion is that it will promote a conversation, not close it down. And we may well decide to bring these two HR strands back together some day.”