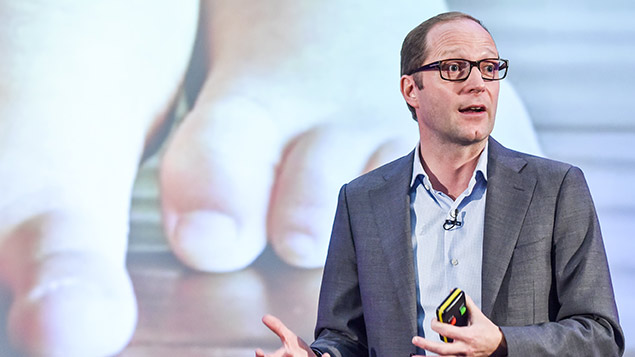 HR and finance working together can bring major benefits to both functions and the organisation as a whole. But how can they engineer a better working relationship? Michael Carty reports from the 2015 CIPD annual conference in Manchester.

Resourcing and people issues are at the top of the corporate agenda for 2016, according to Morten Kamp Andersen, consultant at Proacteur. He told CIPD conference delegates earlier this month that “for the CEO and the CFO, getting the right people in is at the top of their minds”.

People data and how to use it

These issues represents both an opportunity and a challenge for HR. “It’s actually an HR thing,” said Andersen. “But finance thinks HR doesn’t have the processes and mindset to deliver on this.”

Xavier Heiss, vice president of finance at Xerox, took up the theme of the long-standing distrust between the two departments.

“Finance and HR? We all love each other,” he joked. “We get on so well that we work in separate offices.”

Heiss and HR director Louise Fisher explained how HR and finance learnt to work together at Xerox, achieving benefits for both departments and for the wider organisation.

Closer collaboration between HR and finance gets results

Three ways to make the most of HR analytics

Data drives the collaboration, she explained. As the demand for talent intensifies in the tech sector, people data is now critical to Xerox’s ongoing success.

“HR is not lacking data,” she said. “What we lack is the intelligence to understand and act on data.”

HR and finance have shared objectives, but each can bring a unique perspective. To kick off their collaboration, Heiss and Fisher decided to meet every day to discuss their departments’ work and identify common challenges.

Three steps to a successful collaboration

They described three key steps taken by Xerox in tackling HR’s credibility gap with finance and driving a successful collaboration:

HR and finance working together at Xerox has brought significant benefits.Through sharing people data and the skill sets required to derive actionable insights from it, Xerox has been able to build predictive models for identifying the employees at greatest risk of leaving.

Harnessing these predictive analytics has helped cut labour turnover at the organisation by 20%. And there are now datasets on average labour costs by role and country, enabling it to target future talent investments on the areas generating most revenue.

Stronger connections between HR and finance

The issue of HR working with finance is also front of mind for the CIPD. Chief executive Peter Cheese argued that organisations need to “build stronger connections between the HR and finance functions.”

Collaboration between HR and finance can bring real benefits to the organisation, to the economy and to society, he explained: “We know that people are critical to business success. Many of the recent crises affecting business can be traced back to failures of culture that could have been picked up if longer-term people-related metrics had been given more weight instead of a myopic focus on short-term financial results.”

The prospect of HR working with finance is outside of HR’s comfort zone, says Heiss. But it should not be nervous about making the first move. “Don’t be shy. Go in to see the CFO. They will be pleased to see you.”