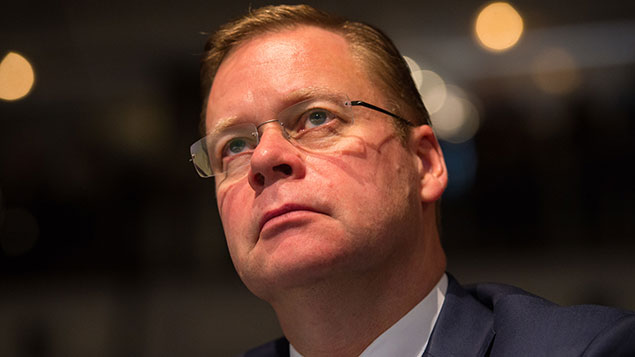 The chief executive of Centrica, Iain Conn, gained a 44% rise in his salary last year, taking his pay to £2.42m.

Conn’s pay was £1.68m in 2017 when he missed out on bonuses because of disappointing financial results. The new figure – still some way short of the £4m Conn was awarded in 2016 – equates to 72 times the pay of an employee in Centrica’s lower quartile: a smart energy worker paid £33,718.

Centrica, the owner of British Gas, stated in its annual report that Conn had been reshaping the company while the operating environment “constantly shifted”. The report said: “Iain has shown significant resilience in the face of this challenge and has led the business through the shifting context, keeping the strategic objectives in sight and ensuring that the organisation remains adaptable and innovative.”

Scott Wheway, chair of the remuneration committee, told Sky News it had been “another challenging year” for the firm amid volatile markets and political intervention in the utilities sector, but the resilience of the leadership team had been impressive.

Since 2016 Centrica has shed 5,500 jobs with the most recent cuts seeing 500 employees made redundant after the company closed its offices in Glasgow and Leeds.

Last month, MPs on the Business Energy and Industrial Strategy select committee criticised weak remuneration committees for waving through overly generous and complicated reward packages to top executives and referred to the “all too familiar tale of corporate greed which is so damaging to the reputation of business in our country”. The MPs called for more proactive and tougher regulation from a revamped regulator, possibly the Audit, Reporting and Governance Authority.

Luke Hildyard, executive director of the High Pay Centre, said the gap between CEO and average workers’ pay was was “striking”.

He added: “No one is suggesting that everyone should be paid the same, but Centrica might find it hard to justify paying their CEO so much more than their wider workforce, particularly in an industry where even the lower paid workers are doing skilled and important work.

“There has already been reported anger at Centrica about changes to the staff pension arrangements, and a pay ratio of 72:1 might exacerbate this further.”

Centrica’s annual statement also said it was reducing the pension contributions of senior managers – which are subject to scrutiny by fund managers – to 15% from 1 June. It said this represented a reduction of between a half and a quarter in the pension benefit for affected executives and “represents appropriate alignment with the wider workforce”.

The pensions move comes in response to a key City trade body’s warning last month that executives’ ­pension contributions should not be more than 25% of their salary. The Investment Association warned it would recommend members to vote down pay policies that breach the limit at this year’s annual general meetings.

In terms of the gender pay gap, according to the April 2018 snapshot, women at Centrica occupied 29% of the highest paid jobs at the company and 42% of the lowest paid, with a median gap of 31% (up from 30% the previous year).

The company put this down to the larger number of men in engineering which is traditionally better paid; and the greater proportion of women in administrative and customer services roles that are less well paid.

Legislation came into force in January 2019 which means that large quoted companies employing 250 or more staff will have to publish executive pay ratio reports from January 2020.

One Response to Huge pay rise for Centrica chief executive