By John Eccleston on 26 Jan 2012 in Graduates, Recruitment & retention 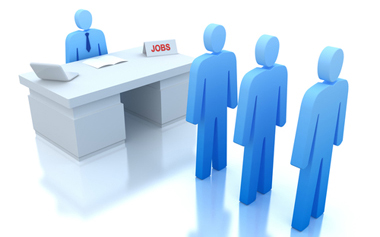 One-third of graduate recruiters failed to meet their recruitment targets in 2010-11 because of a lack of suitably skilled candidates, according to research published today.

Employers highlighted a number of reasons as to why they had struggled to recruit the right numbers of graduates, with one reason being a lack of suitable candidates. Recruiters said that the skill levels of applicants did not always meet requirements, with one respondent explaining that, while the number of applications they received enabled them to meet their business needs, the quality of applications was “not always good”.

Due to the shortage, respondents said that they had often found themselves trying to recruit from the same small pool of candidates, leading to a degree of candidate “drop-out”.

One respondent, from the accountancy and professional services sector, said that in some cases quality candidates were being let down by the poor quality of their applications. They said: “There’s a bit of panic out there, so graduates are perhaps spending less time on their applications… If I had one key message to get across it would be, yes, there’s competition, but just make sure that every single application they submit is the best they can possibly do”.

Other respondents suggested that targets had been affected by fewer students applying for graduate positions. One reason suggested for this is that students and graduates are increasingly looking to enter roles that allow them a better work-life balance, and therefore they are choosing not to apply to organisations that might previously have been seen as employers of choice.

Employers surveyed for the report said that they anticipated similar difficulties in meeting their recruitment targets in 2011-12.

The report found that graduate vacancies increased by 1.7% during 2010-11. Although this is lower than the 2.6% increase predicted in the AGR’s summer 2011 review, the AGR said that this shows that the graduate recruitment market has remained stable despite the challenging economic climate.

The AGR added that, while it expects a 1.2% drop in vacancies in 2011-12, some sectors are planning to increase their recruitment numbers significantly, including: IT/telecoms; construction companies and consultancies; the public sector; energy, water and utilities companies; and engineering and industrial companies.