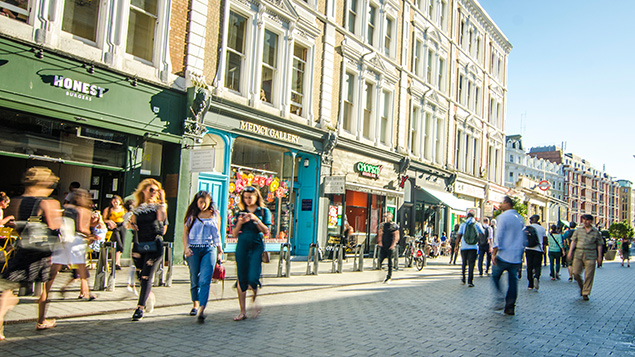 Business leaders have called for a number of reforms to the immigration system, including lowering the salary threshold and revising the sponsorship model, to avoid worsening the chronic skills and labour shortages gripping some sectors.

A coalition of business and education bodies – including London First, the Recruitment & Employment Confederation, British Retail Consortium, Universities UK and the Federation of Master Builders – have written to both prime ministerial candidates seeking a commitment to change the proposed post-Brexit immigration system.

“Our country needs a fair and managed immigration system that keeps it open to all levels of talent that our economy and local services sorely need,” the letter reads.

“It is crucial that this system recognises the benefits of international talent whilst ensuring the right controls are in place for managing immigration more effectively, necessary for ensuring the public’s trust.

“Without the ability to access international talent, many of our world-class sectors are at significant risk. As the UK prepares to leave the EU in the near future, it is imperative that the government puts in place measures that will avoid employers facing a cliff-edge in recruitment, and works towards building a successful economy that is open and attractive.”

The coalition is asking Boris Johnson and Jeremy Hunt to:

A survey by the British Chambers of Commerce and jobsite Indeed found more than half of organisations with staff from overseas said they would suffer from the proposed £30,000 minimum salary threshold for migrant workers.

British Retail Consortium chief executive Helen Dickinson said the current £30,000 threshold is too high and would prevent retailers from hiring the staff they need to meet customer demand.

“We want the salary thresholds lowered, reflecting the range of skills required for the jobs,” she said.

Without bold reforms to immigration rules, skills shortages could become even more acute, said Jasmine Whitbread, chief executive of London First – a group that campaigns on behalf of London employers.

“At a time of economic uncertainty, and a tight labour market, the future immigration system must support businesses across the country, and go hand in hand with increased investment in skills and training. These proposals will ensure that the UK can operate at full strength and attract talent needed to keep businesses competitive,” she said.