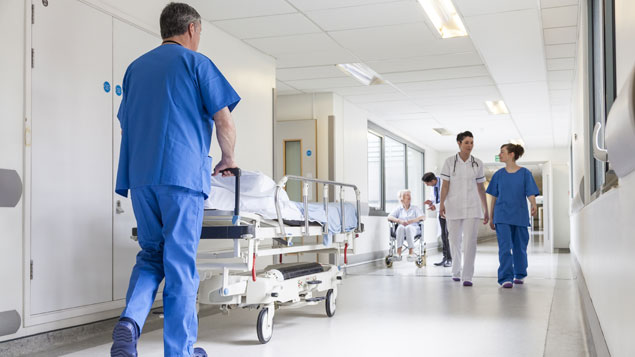 A post-Brexit immigration system should make it easier for highly-skilled workers to move to the UK and should not favour EU migrants, the Migration Advisory Committee (MAC) has recommended.

Its final report on the impact migration from the European Economic Area (EEA) has on the UK economy and society recommends that workers from EEA countries should not be given preference over those from other nations in post-Brexit immigration policy.

How to retain a sponsor licence

Kerry Garcia, partner at immigration law firm Stevens & Bolton, said it was surprising that the MAC found no compelling reason to suggest a different set of immigration rules for EEA and non-EEA workers.

“The MAC comments that there will be winners and losers under any new immigration system,” she said. “It’s clear though that if the government acts upon these recommendations all EEA nationals will be the losers. Even if they qualify under the new immigration rules, they would need a visa or entry clearance before being able to come to the UK to work or settle and would need to meet the eligibility requirements of the new system.”

The MAC report recommends the new economic migration policy should give greater preference to highly-skilled workers, while restricting access for lower-skilled workers to enter the UK.

One possibility could be extending the Tier 2 (General) scheme – which highly-skilled workers from non-EEA countries currently use to apply for a visa – to workers from the EU. However, the MAC warns that several changes would need to be made, including:

Meanwhile, employers that sponsor an EEA national would need to pay the immigration skills charge of up to £5,000 per migrant, pushing up the cost of employing an overseas worker over a UK-based one.

The report also says that a specific work migration route for low-skilled workers is not needed, with the possible exception of a scheme for seasonal agricultural workers. Instead, lower-skilled staff could be recruited through an expansion of the Tier 5 youth mobility scheme.

“Low skilled workers and businesses which are reliant upon those workers, such as the catering and hospitality sectors, appear to be the greatest losers if these proposals go ahead,” said Garcia.

“It’s far from clear where businesses in these sectors will be able to find sufficient workers from within the UK workforce. Certainly anecdotal evidence suggests they will really struggle. Indeed, the MAC itself acknowledges this will be strongly opposed by the affected sectors.”

Recruitment & Employment Confederation chief executive Neil Carberry was skeptical of the recommendation to expand the Tier 5 youth mobility scheme to those seeking low-skilled roles. He said allowing only low-skilled work through this route this would “damage integration and progression routes for migrant workers”.

A blast from the past

Jonathan Beech, managing director at law firm Migrate UK, said some of the report’s suggestions were “a blast from the past” that provided options for some migrant workers not seen since 2012.

Meanwhile, the CIPD thought the MAC had failed to recognise the balance of skills and labour needed in the UK.

Its head of public policy, Ben Willmott, commented: “Taken together, the recommendations look overly bureaucratic and restrictive. Our research consistently shows that employers are recruiting EU workers into low-skilled roles because they can’t recruit UK-born workers into these roles, not in an effort to pay lower wages or avoid training.”

Jessica Pattinson, head of immigration at law firm Dentons, said organisations that rely on EU workers to fill low-skilled or seasonal vacancies should consider how best to retain their current workforce, as replacing them will likely become difficult after the UK leaves the EU.

The MAC report also finds that EEA migrants have little or no impact on overall employment or training opportunities in the UK and have little effect on wage growth.

Last month, Office for National Statistics figures revealed that the annual number of EU citizens moving to the UK in the 12 months to March 2018 fell to its lowest level since 2012.