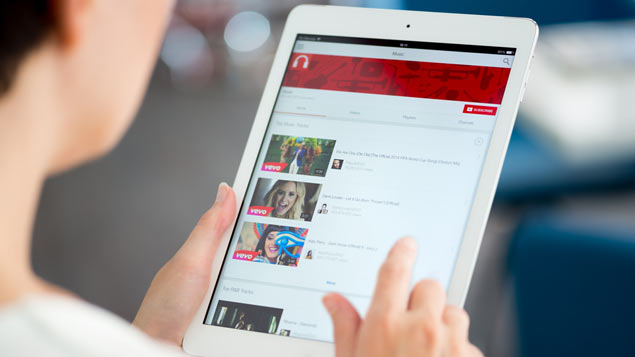 People access learning in an increasing number of ways.

How should L&D departments track and measure learning that is becoming more technology driven and informal? Finding the right balance is the challenge, discovers Cath Everett.

The UK learning and development sector has been undergoing change for some time.

Not only is there a growing trend for increasing amounts of training to move out of the classroom – a phenomenon that first started with the advent of distance and e-learning at the start of the millennium, but technology is shaping the way we learn at an alarming rate.

Millennials, in particular, expect to have the information they require at their fingertips, which, more often than not, means their mobile phone.

However, according to Andy Lancaster, head of L&D at the CIPD, a lot of this so-called “in-flow” learning, which includes on-the-job training, coaching by managers or peers and mobile learning, currently happens “under the radar”. As a result, it often is not recognised for what it is.

He points out that around 70% of people now use an internet search engine as their first port of call for learning. They will search for everything from webinars to YouTube videos, accessing information on a “just-in-time basis” before a given task needs to be completed.

Even more traditional, formal leadership programmes are taking a more blended approach to learning than they once did, including options such as video and audio in order to appear more engaging.

But this raises another important point – that certain learning mediums are intrinsically more suited to certain types of content than others. Perhaps, by placing too much emphasis on digital media, we could be doing the learning equivalent of throwing the baby out with the bathwater.

Many of the elements are here already, but you have to recognise how to foster them and ensure there’s more of a planned approach rather than it just happening.” – Andy Lancaster, CIPD

Vehicles such as online, mobile or social, on the other hand, tend to be most suited to imparting technical knowledge or providing skills-based training – especially to tech-savvy millennials.

But although recognition of the growing need to tap into these on-demand, just-in-time learning techniques is undoubtedly high across the profession, “deliberately planning development in this way is where the gap tends to be”, says Lancaster.

Put another way, while some L&D functions are investing heavily in changing the way that they operate and what they offer their learners, a lot more are thinking about it rather than doing it.

“Many of the elements are here already, but you have to recognise how to foster them and ensure there’s more of a planned approach rather than it just happening,” Lancaster says. “If you did an audit, you’d probably be surprised at just how much was going on, but it’s about encouraging it in a more formal sense.”

But to do this effectively could require a shift in mindset. According to management consultancy Deloitte’s Global Human Capital Trends 2015 report, a mere 8% and 15% of the 3,300 business and HR leaders respectively rated their organisations “excellent” at providing mobile learning and or using advanced media such as video, audio and simulations.

Hay Group’s Moore explains: “We increasingly see [the role of L&D] as one of content curator rather than content creator so, rather than design and deliver learning, practitioners will gather together learning opportunities and direct people to them.”

As a result, rather than act as traditional educationalists, L&D professionals will progressively become coaches and guides that steer their audience towards the content they need.

This means that they will have to understand the processes by which people learn, in order to assemble the different pieces of the jigsaw whether it be online resources, newspaper articles or massive open online courses.

A common mistake is that people put something online, make it accessible and then just leave people to it.” – Melody Moore, Hay Group

But many practitioners may have to undertake substantial amounts of learning themselves to make this happen. Not to mention address the cost of change.

“If you’ve designed your own training programmes and want to move them over to e-learning, there’s a huge cost involved in doing that. So people are increasingly looking at what’s already out there and what they can buy in to do the job,” says Moore.

Once the shift has taken place though, L&D professionals may find a greater need for learning management systems to track and control what resources are available, who has used then and how – which may entail further expense.

Introducing social learning opportunities may not cost as much, on the other hand, but can take time and effort to get off the ground.

Many organisations simply tap into existing in-house social networks such as Yammer or LinkedIn and hope that networks will happen informally, or set up specific groups and learning communities linked to individual programmes.

Moore explains: “A common mistake is that people put something online, make it accessible and then just leave people to it. But there’s a whole infrastructure that needs to exist behind any kind of learning – so designing it, tracking how people are using it and communicating about it.”

Another vital activity is to understand how to go about measuring the effectiveness of managing learning in this much more informal and spontaneous environment.

Lancaster advises: “It’s about moving from measuring volume to measuring value. In the past, we measured easy things like how many training days were provided and how much was spent, but professionals now have to look at the business value being created.”

To do so involves aligning L&D activities with business key performance indicators (KPIs) in order to see “value outcomes rather than volumes”, he adds.

“It’s challenging, but it’s where we need to be. If you know what the KPIs are for each department, you can become more effective in providing what’s required,” Lancaster says. “ You just have to look at different ways of measuring and get sharper at how you use data to do so.”

A further consideration is that employees and their line managers will need to be encouraged to see that learning takes many forms, whether that simply be reading an article or watching a video.

The problem is that a lot of people don’t feel like they’ve been given proper training unless they go on a classroom-based course.

“It’s about rethinking learning so that managers don’t just default onto sending people on courses – and there’s work to be done there,” Lancaster says.

As for what the future will look like, Moore believes that it will take a good five years for radical change to materialise.

But as professionals become more tech-savvy, there will continue to be a progressive shift towards a curated content model.

This situation could, in turn, lead to smaller L&D departments as face-to-face training provision falls or is provided by growing numbers of external contractors, and services of all types become increasingly bought in or outsourced.

Blended learning is also likely to become both more sophisticated and more of a reality, while social and learner-engagement philosophies such as neuroscience will increasingly take hold.