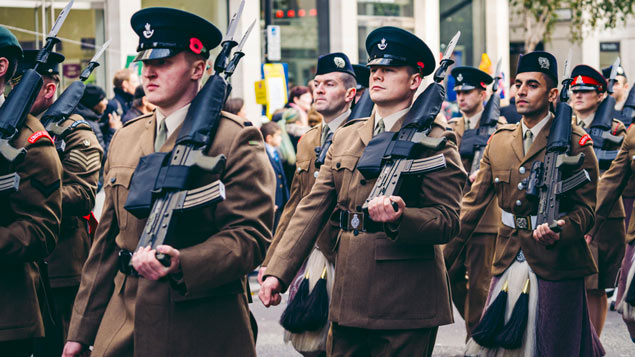 Ex-armed forces personnel will be guaranteed interviews for civil service jobs, the government has announced.

So long as they meet “basic” minimum selection criteria, those who served in the British armed forces will be guaranteed an interview for positions at the Ministry of Justice, Ministry of Defence, the Cabinet Office and the Home Office initially, when the pilot of the initiative begins in the spring.

Cabinet Office minister Oliver Dowden, who represents the Office for Veterans’ Affairs, said: “The end of military service should not mean an end to serving our great country. From teamwork to problem-solving, our veterans have incredible skills and experience that employers on civvy street, and indeed Whitehall, are crying out for.

“I want to see even more of our ex-servicemen and women join the public sector so we all benefit from their talents.”

There will be no time limit on when military veterans can apply, meaning they can go to a civil service interview straight after leaving their armed forces position, or a few years afterwards.

Minister for defence, people and veterans Johnny Mercer said: “Those who’ve worked in the British Armed Forces are among the brightest and the best, and so it is right we draw upon this talent.

“Service personnel are agile, strategic and excellent team players – a guaranteed interview will shine a light on these skills and help boost job prospects.

The scheme builds on the Going Forward into Employment Programme, which was launched for military veterans last month and encourages armed forces veterans and their spouses into junior roles in the civil service. The scheme has been helping ex-offenders into the civil service since 2017.