Register
Log in
Movers and shakersCareers in HRLatest NewsPeople News

The past three months have seen some notable moves. Personnel Today’s update of recent appointments in the human resources world include the arrival of a former business minister at Cranfield School of Management and the creation of a ‘director of people and planet’ role by ambitious sustainable food company Quorn.

The party’s over for Jo 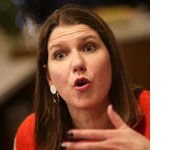 Former business minister and Liberal Democrat party leader Jo Swinson has joined Cranfield School of Management as a visiting professor. She will work with the business school’s Changing World of Work group which examines the implications of the changing work context on managing people and organisations. As business minister, Jo Swinson brought forward legislation which enabled parents for the first time to share parental leave. Cranfield’s Changing World of Work group provides thought leadership in areas such as gender and leadership, global mobility, HR and technology, flexible and agile working, career development and management, and performance management. Swinson said: “The world of work is changing rapidly and Covid-19 has sent that change into overdrive. How organisations adapt will determine their ability to survive and thrive.” Professor Emma Parry, head of Cranfield’s Changing World of Work group, said: “I’m thrilled that Jo Swinson is joining our group. Throughout her career she has championed equality and, as business minister, she was fundamental in bringing about change in the workplace through the introduction of shared parental leave. Jo will be a great addition to our team and I’m sure our clients and students will benefit from her experience and insight.” Swinson added: “I’m looking forward to helping develop their [Cranfield’s] thinking on issues that I have championed throughout my career such as gender equality and the role of technology in the workplace.” 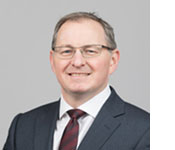 The chair of the Institute of Directors, Charlotte Valeur, has stepped down from the role after almost two years to be replaced by John Watson. Earlier in August, Valeur told the board that she felt unable to continue to devote the required time and commitment her role demanded. The IoD recently announced proposals for a significant restructure to deal with the impact of Covid-19 on the organisation. She said: “I will find it difficult to provide this amount of time during the pandemic being resident in Jersey and in a vulnerable household. It is with regret therefore that I have decided to step aside to allow the IoD to appoint a chair with more time available.” 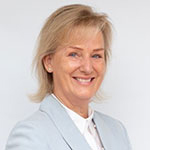 The board said it “reluctantly” accepted her resignation and would begin a search for a successor. Current board member Watson, chair of the audit and risk committee, has been appointed interim chair to oversee the organisation until a successor is appointed. Watson is chief executive of Crosswind Developments and has more than 20 years’ experience working with FTSE-100 and global companies. 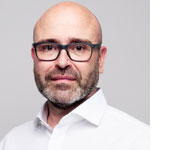 Global sports streaming service DAZN Group has announced that Shaun Conning is its new chief people officer. The appointment comes as the business prepares to launch its sports streaming service globally and renews its focus on its existing markets. As CPO, Conning will be responsible for DAZN Group’s HR and people functions, leading a global people strategy designed to enhance the employer value proposition and fosters diversity, inclusion, creativity and innovation. He will report to directly to acting chief executive officer, James Rushton, as part of the executive committee management team. Before joining DAZN Group, Conning founded Encompass People and Tapd Solutions as consultancies providing executive coaching to corporate clients. Earlier in his career, he served in key HR, commercial and operational roles at Compass Group, Comet and Marks & Spencer. DAZN shows exclusive coverage of some of the most prestigious sports competitions in the world, including Premier League, Bundesliga, Serie A, J League, UEFA Champions League, NBA, NFL, NHL and premium boxing events. In 2020, DAZN will increase its presence, expanding to more than 200 countries and territories. 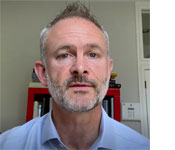 Matt Sinnott has been named as the group people and property director at Lloyds Banking Group. He has been the interim director since April, during which time, says Lloyds, he has made a substantial contribution to support his colleagues and help the business navigate the many challenges of the Covid-19 pandemic. His recent leadership of the reward team was particularly impressive, says the bank. His expertise, knowledge of our business and understanding of the opportunities and challenges we face as we embrace new ways of working make him well placed to take on this role and lead the development of our people and property strategies. During lockdown, the bank demonstrated that it could work remotely at scale, going from around 15,000 regular home workers to almost 50,000 overnight. Sinnott played a key role in planning that saw 20,000 laptops and 25,000 office items shipped to employees’ homes. Looking forward, Sinnott says he’s “keen that we hold on to the best bits from life in lockdown such as quicker decision making, sustainability gains and working flexibly”.

Director of the planet 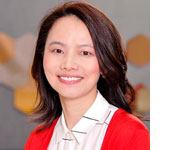 Quorn Foods has appointed Tongwen Zhao as its director of people and planet. The role, recently labelled as the “coolest job title on the planet” by BBC Talking Business Weekly presenter Aaron Heslehurst, is unique in that it brings HR and sustainability together. Quorn wants to accelerate its status as a business of the future with an environmental mission at the core of its corporate structure and sees the creation of this role as a key part of that. As part of this latest announcement, Quorn is also setting targets against which it will measure its progress in HR and sustainability moving forward. These include becoming a net positive company by 2030; net zero emissions from its own operations by 2030; net zero emissions across its whole supply chain by 2050 and being in a position to serve eight billion meals a year worldwide by 2030 – one for every person on the planet. Zhao has previously worked for The Dairy Farm Group in Hong Kong and, prior to that, for Unilever in Asia for 18 years, including as its VP for human resources in Thailand. She says: “Living in Asia for much of my life, I have seen the damaging impact of the climate crisis first-hand and, by encouraging more people to eat sustainable protein, we can help improve people’s lives.”

Apprenticeships are the solution to your recruitment problems