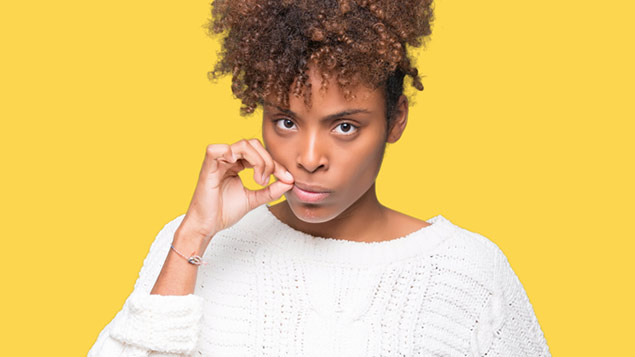 After the government this month outlined plans to outlaw the unethical use of non-disclosures agreements, Michael Hibbs looks at situations where confidentiality clauses can benefit the employer and employee alike.

Proposed government changes to the way in which non-disclosure agreements (NDAs) are used, seeks to prevent employees feeling “gagged” and unable to report misconduct such as workplace harassment to the police. Although providing better protections for employees is a step in the right direction, NDAs serve an important purpose in many business situations and if used correctly can benefit the employer and employee alike.

The planned changes are largely inarguable and will help to prevent NDAs being used to cover up unacceptable workplace behaviour such as sexual assault, crimes and discrimination. No workplace should operate a culture or system where individuals are too scared to report wrongdoing – regardless of whether an NDA has been signed or not.

With the #MeToo movement gaining significant pace in the media, there is little wonder that businesses are now shying away from using NDAs and confidentiality agreements altogether. However, when used correctly, both can provide value and protection to each parties.

NDAs that are used incorrectly often stop employees “going public” with information that could have significant reputational or financial implications for businesses or key individuals.

Many settlement agreements include clauses that require individuals to repay any funds if the NDA is later breached. However, many employees asked to sign such agreements don’t fully understand the terms and what they are and are not able to do. By clarifying that such clauses do not prevent individuals from speaking to the police regarding any criminal behaviour, will help to create fairer working relationships and reduce the likelihood of workers feeling that their rights are suppressed.

There are many situations, particularly when terminating contractual agreements, that both employers and employees may not want to disclose. For example, if an employee is under performance management review and unlikely to meet business standards in future, a mutual agreement to end the working relationship early may be reached, with the NDA stopping the employee from having such information on their employment record.

Unfortunately, a small minority of businesses become defensive over their organisation and its working practices, rather than proactive about stamping out any workplace misdemeanours”

Conversely, employers may not want it to be public knowledge that a payment has been received in return for early termination of an employment contract in a bid to discourage unfounded claims being brought by other employees in the hope of financial gains.

In many cases, reporting misconduct often comes in the form of whistleblowing, particularly in the health sector. As a company owner or senior leader, being aware of how the business is run throughout all seniority levels is important, and encouraging employees of any level to come forward with information, should be celebrated not castigated.

Unfortunately, a small minority of businesses become defensive over their organisation and its working practices, rather than proactive about stamping out any workplace misdemeanours. The board, or senior management teams, should welcome ways to improve how the company is run.

Having clear workplace policies that are genuinely acted upon and refreshed is essential. Whistleblowing and harassment should be treated with the same significance as allegations of bribery and corruption and amending the ways in which NDAs are used will go some way towards ensuring matters can’t be hidden or covered up.

Having an open-door policy where employees can approach their line managers and know they will be taken seriously will help employees to feel secure about raising workplace issues. Overall, management teams that deal with such allegations swiftly and efficiently will greatly improve their workplace culture. Each workplace policy should have a robust procedure and individual point of contact in place and be clearly communicated.

The use of NDAs does not just involve the handling settlements, but also concerns clauses in employment contracts. For many employees, reviewing contracts on their first day in post and being expected to sign it after a few minutes is a common occurrence in some organisations. This approach does not give employees enough time to properly evaluate the detail of the contractual arrangements that they are signing. For example, confidentiality clauses may well be needed but it has to be made clear what the exact purpose of stopping disclosure will be for.

Seeking legal advice on NDAs alone is not enough, employment contracts must be reviewed holistically to avoid employers opening themselves up to potential mishandling of issues further down the line. By both parties being aware of the agreements made between them, it is less likely that problems will occur in future or that information can be withheld without both parties agreeing.

Enforcement is one of the key areas that the Government has identified needs attention and policing the use of NDAs and confidentiality clauses can be troublesome. Failing to seek advice on contracts as a whole can leave employers exposed.

To overcome problems in settlement agreements – especially the unwarranted fears of an employee – the government could instruct the Solicitor Regulation Authority (SRA) to give guidance to solicitors. Advice should include that legal professionals should advise not just on the effect of the agreement as a whole, but specifically on the meaning and enforceability of any confidentiality clause combined with any re-payment clause which might be the most effective form of enforcement. Doing so could help to ensure contracts are robust, legal and fair for both parties.

Combining the government’s plans to stamp out unethical practices regarding NDAs, with an approach from employers that takes a considered approach to their workplace policies and contracts, will create working environments that support fairer with less opportunity for bad behaviour.

Michael Hibbs is head of employment law at Shakespeare Martineau.
View all posts by Michael Hibbs →
Previous Article
Next Article