Neurodiversity: Are employers losing out on skills of people with autism? 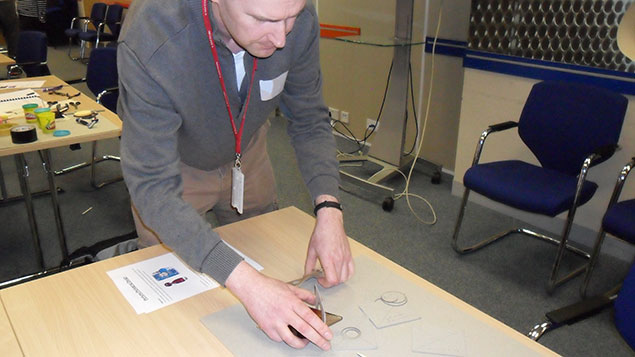 A recent CIPD report found that almost three-quarters of employers‘ policies ignore neurodiversity. But given that around 10% of the population is neurodivergent in some way, can organisations afford to miss out on this important pool of talent?

Sarah Davis has autism and works for a charity. Her current employer is incredibly supportive of her, but her previous experience of recruitment and employment has at times been a negative one, as employers lack awareness of the needs of those with autism.

“At job interviews I get very high anxiety, so it helps to know exact timings, whether there will be a test, what time it will finish,” she says.

“Then there are those questions interviewers sometimes ask with a hidden agenda or ‘right’ answer. An autistic friend was asked ‘What do you think you’ll be doing in five years’ time?’ and said ‘I don’t know’. She was given the feedback that her answer was wrong, but in fact none of us know what we’ll actually be doing in five years.”

Once in work, small adjustments can make all the difference and rarely carry a cost to the employer. Davis adds: “It can help to offer flexible working times to minimise my travel anxiety, or I ask colleagues to disturb my visual fields to get my attention, as I can get selective hearing when I’m busy.”

Most importantly, Sarah wants to be “treated like a human being at work, rather than spoken to in a patronising way because they think I won’t understand”.

A recent CIPD poll of more than 300 HR professionals found that almost three-quarters of employers ignored neurodiversity – a term that also covers other neurological conditions such as dyslexia and dyspraxia – in their HR policies.

Around 17% said they did not know whether their organisation had a neurodiversity policy, while only 10.2% said they had one in place.

Given that about 10% of the population is neurodivergent in some way, employers could be missing out on the benefits associated with alternative ways of thinking – particularly because many sectors face skills shortages through high employment levels and potentially reduced access to EU workers after Brexit.

According to National Autistic Society (NAS), just 16% of adults with autism are in full-time paid work, and this figure has not changed since 2007. Only 47% of disabled adults are in work and 32% of adults with autism (compared with 80% of non-disabled people). The Government has pledged to halve what it calls the “disability employment gap” by 2027, and attracting and hiring more neurodiverse candidates could make this goal all the more achievable.

However, as Sarah Davis’ experience reflects, 60% of employers worry about getting support wrong for employees with autism. Or they work hard to attract neurodiverse talent, but struggle to retain these individuals because managers lack understanding or training.

Sarah Newton, the minister for disabled people, health and work, says: “So many people on the spectrum fall out of work, and this also has an effect on the organisation that employed them. It starts off well but then maybe a manager moves.

I want to be treated like a human being at work, rather than spoken to in a patronising way because they think I won’t understand.” – Sarah Davis, autistic employee

“Perhaps the company then feels it didn’t work out and so they’re less inclined to take on other neurodiverse people in the future.”

Last year, consumer goods giant Procter & Gamble launched a work experience programme with the support of the NAS, aimed at recruiting two candidates with autism into its innovation centre in Reading, which develops Gillette razor products.

Dr Emma O’Leary, the section head for the centre, was inspired to look into the neurodiversity agenda by her autistic 10-year-old son who she says is a “natural innovator”.

Adjustments were made for the candidates, such as sending out “social stories” before their assessment day so they could have a visual walk-through of the day before they arrived.

“The assessment day was set up for people wherever they might be on the spectrum,” says O’Leary. “So if you were non-verbal, you could write down answers to interview questions, or if more confident in a traditional interview situation, you could look at questions to process them before a face-to-face conversation.”

Candidates were not forced into social interaction with other candidates on the day, either – talks were held in between sessions so candidates could attend one of these instead.

The assessment day was originally designed to recruit two candidates but the company went on to hire three. O’Leary adds: “Being a massive company means we can match individuals to roles, look at their individual strengths and see where they fit.”

Helen Tucker, HR director for northern Europe and global diversity and inclusion leader at P&G, says: “The pace of innovation for our products is so fast, these teams are constantly having to make obsolete what they’ve invented. So we wanted to create an environment where there was space for innovation but that were also inclusive of difference.”

P&G has only run the programme once so far but there are plans to repeat next year and potentially roll it out to other innovation centres, including in the US.

One of the things that has made the difference at P&G is having a committed sponsor for neurodiversity initiatives. CIPD president Cary Cooper urges other organisations to find that individual if they want to access this untapped pool of talent.

“Find someone who is passionate about this in HR,” he says. “We’re already doing this with the mental health agenda, so should be doing the same for neurodiverse talent.”