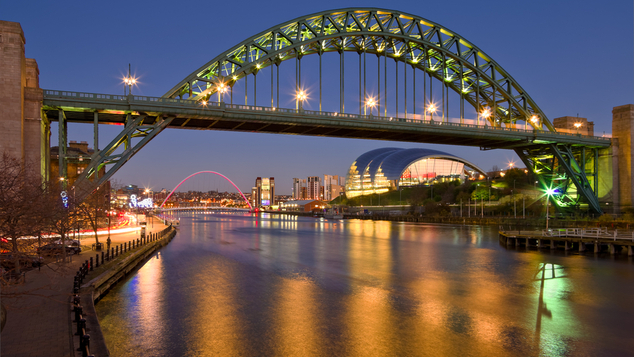 Newcastle City Council has been named the most inclusive employer by LGBT+ charity Stonewall.

The local authority received the accolade for its commitment to equality and inclusivity across the entire organisation, from its HR policies to its recruitment practices.

It ran numerous events throughout 2019 to show its support for the LGBT+ community, including its “7 days of Pride” campaign and events to mark Bi Visibility Day; International Day Against Homophobia, Biphobia and Transphobia; and Trans Day of Remembrance.

Gender identity: How to be more inclusive when using pronouns

Councillor Joyce McCarty, deputy leader of Newcastle City Council, said: “I’m incredibly proud that our commitment to inclusivity has been recognised with this accolade, and it is a fantastic achievement for us to be the first local authority to be named as Stonewall’s Employer of the Year.

“But this is really an award for everybody in our city who shows us every day that we are all equal and that our great city accepts everyone. Newcastle is a safe and welcoming city and the North East in general does a great deal to champion the LGBT community. We are all eagerly anticipating the fantastic opportunity to demonstrate this by being the host city for UK Pride 2020.”

Sanjay Sood-Smith, Stonewall’s executive director, said: “We spend most of our lives at work, so getting workplace inclusion right makes a huge difference in the lives of so many LGBT people.

“Newcastle City Council is paving the way for others to follow when it comes to putting LGBT inclusion and equality at the heart of their workplace. When staff feel comfortable, happy and understood, they will perform much better than if they’re having to hide who they are, or if they’re scared to go to work for fear of abuse.”

Stonewall’s Top 100 Employers list ranks public, private and third sector organisations on how inclusive of the LGBT+ community they are in their workplaces.

The education sector features heavily on the list, with 16 education organisations making it into the Top 100. Cardiff University, at number 10, was the highest ranking in the sector.

Fifteen law firms also made it onto the list. DWF was named Bi-Inclusive Employer of the Year for its bi inclusion seminar for all staff; support for Bi Visibility Day; and for the resources it shared with employees on the barriers bisexual people face.

Stephen Miles, CEO of commercial services and executive sponsor of LGBT+ inclusion at DWF, said: “Over the past year, we celebrated Bi Visibility Day, profiled bi role models across the business to create opportunities to tell their stories and equipped all our staff to challenge bi-phobic or bi-erasive behavior, both in and outside of the office.

When staff feel comfortable, happy and understood, they will perform much better than if they’re having to hide who they are, or if they’re scared to go to work for fear of abuse.” – Sanjay Sood-Smith, Stonewall

“Bi people still face particular difficulties at work, with many bi people not feeling able to bring their full selves to work. We’d encourage every organisation to take steps to support their bi staff, as well as their lesbian, gay and trans staff, to make their work environments welcoming to everyone.”

Stonewall has also published a list of the most trans-inclusive employers, which included Pinset Masons, Aviva and Channel 4.

The Department for International Trade also made it onto the trans-inclusive list, as well as the Top 100. International trade secretary and minister for women and equalities, Liz Truss, said: “I am delighted that DIT has entered the top 100 of Stonewall’s Workplace Equality Index, at number 30. The Index is extremely important for big organisations as LGBT people still face discrimination. It helps organisations to self-assess their progress and identify priorities.”