One employee in three to opt out of pensions 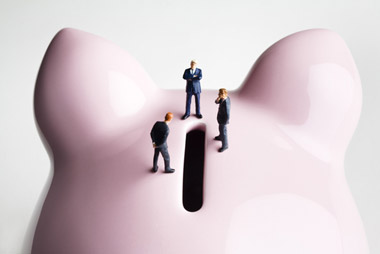 Around one employee in three intends to opt out of the Government’s plans to automatically enrol them into company pension schemes or the National Employment Savings Trust (NEST), research by the National Association of Pension Funds (NAPF) suggests.

The most common reason, given by almost half (48%) of those polled, was that they cannot afford to make the minimum 4% contribution to the scheme, despite the incentive of an additional 3% being put in by employers and 2% by the Government.

A further 29% said that they would look to opt out because they did not trust the Government and 26% expressed similar concerns about the pensions industry.

NAPF is calling on the pensions industry to be clearer about the fees and charges imposed on schemes, with 80% of those surveyed saying that they wanted greater transparency about how pensions worked and what they cost.

Joanne Segars, NAPF chief executive, said: “People are wary of pensions and that’s a big threat to auto-enrolment. We’re alarmed that so many say they’ll reject the new deal, and the picture has got worse since the recession.

“The pensions industry has to be much more upfront about what it is doing. People need information about their pension in a form they understand. That means pounds and pence, not basis points and unit prices.”

More than half of employees do intend to stay enrolled in the pension, the research found, with 31% saying that they would have to cut back in other areas to fund it.

A separate survey by Mercer found that the majority of employers currently offering pension schemes intend to maintain their existing level of contribution for all staff, while 16% will do so only for current members.

Just 2% said that they would reduce the amount they pay into schemes to the minimum required in order to fund the employer contribution for new entrants.

The research also found that two-thirds of organisations have only just started to think about auto-enrolment, with 15% not having given the matter any thought at all.

Rachel Brougham, principal and head of Mercer’s auto-enrolment initiative, said that companies that had to offer auto-enrolment by 2013 needed to take action now to ensure they were prepared.

“Delay too long and they could well find provider capacity exhausted, leaving them facing the prospect and consequences of non-compliance or trying to engage with NEST at the last minute,” she said.