Is one-stop application the future of hiring? 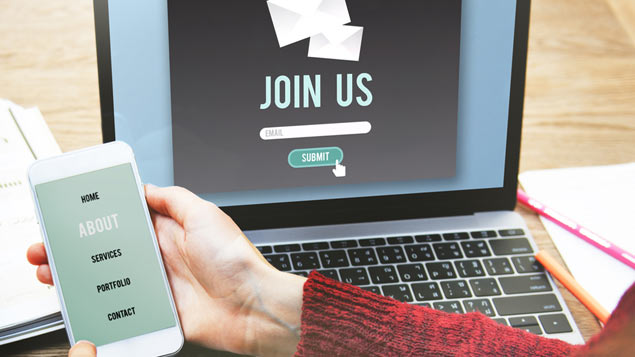 As consumers, we expect to be able to order products and access services at the click of a mouse, so why is the job application process so far behind? Adam Shay looks at why more employers need to get on board with one-stop and mobile hiring.

We live in a world where our lives are managed on mobile phones, tablets and various other portable digital devices. And in this connected environment, the line between candidate and consumer has all but vanished.

These audiences are now one and the same and, as a result, they want access to the same level and quality of interaction regardless of which profile they represent at the time.

However, the recruitment process has not evolved as well as many consumer-focused products and services have.

So where has the hiring process fallen behind the curve, and what needs to be done to catch up with the expectations of candidates?

Perhaps the biggest let-down in hiring processes right now is the lack of mobile integration. While it is entirely possible to search for jobs on these devices, the application and enquiry stage is often less accessible.

For example, a survey from Glassdoor revealed that only 20% of employers offer a fully mobile-optimised careers site and, staggeringly, less than 1% of these offer candidates the option of submitting a mobile job application.

Given that this study also highlighted that nine in 10 job seekers will use their mobile to search for a job in the next year, the potential drop-off rate of candidates is hugely concerning.

Clearly the application process must be improved to better match the consumer experience that has proven so successful recently. As a case in point, customers now have access to one-click shopping on Amazon.

This new option stemmed from the need to remove the potential loss of customers throughout the online buying process. If we think about the purchasing funnel, the more steps there are, the more likely it is that a transaction will fail.

The same process needs to be implemented in recruitment. The longer the initial hiring process, the fewer CVs that are likely to hit the hiring manager’s desk – each of which potentially being the perfect person for the job.

And when we consider that the majority of the population has – and actively uses – a smartphone, it seems almost inconceivable that so many jobs cannot be applied for through these devices.

Try before you buy

Another theme stemming from the consumer experience that needs to be replicated in hiring is the idea of “try before you buy”. As a consumer, you carry out research before you make a purchase, and as a candidate you want to be able to do the same.

While careers sites and social media accounts provide some insight into working in an office, these static channels can struggle to bring the company environment to life. Again, there is a relatively simple trick that is often overlooked: using video content.

Interactive footage that guides candidates around the office and interviews real employees can provide a great insight into what it would be like to work within a particular business.

It is, in essence, a video review of the organisation that allows a user to “try” being an employee before they make a decision to “buy” into the brand. Again, it is common to see video tutorials and reviews nowadays, so it is puzzling that more recruitment teams are not utilising this resource.

Following on with this theme, actively seeking feedback both during and after the experience is also missing in hiring procedures.

People tend to trust people, rather than brands, so asking for feedback from unsuccessful candidates can be hugely valuable. And, given that creating a positive candidate experience is top of the hiring manager’s agenda, this information is vital to making relevant improvements.

For an applicant that has not made it through to the next round, being asked for a review demonstrates to them that the company values their time and opinion, leaving them with a better impression of a business that they could one day be a customer of, if they are not already.

However, despite this, there are few recruitment teams seeking reviews from candidates. At a recent event I attended, one of the delegates revealed an interesting stat: 60% of candidates are never asked to provide feedback on their interview experience.

Millennials are early adopters of the sharing economy. They are the generation that will perhaps have the largest global networks, be involved in the greatest number of communities and, most importantly, be more likely to be keen to share information.

But it is not just millennials that have embraced this sharing culture. I would argue that we all have. Just look at the huge numbers of individuals on LinkedIn, for example, which recent reports put at having 433 million profiles.

Clearly we are keen to collaborate with each other, so why is this not being incorporated into the recruitment process in more innovative ways (by which I mean other than encouraging people to share job adverts with their networks)?

Perhaps the reason for this is the fear of losing the control of messages and exposing the company to public “shaming” of inefficient procedures. Whatever the reason, if hiring teams are to truly embrace candidates as consumers, they need to be encouraging collaboration, from setting up communities of job seekers, to bringing together freelancers in one place to share their experiences.

This approach not only speaks to the “sharers”, but it also plays to the gig economy. By encouraging sharing and creating communities of like-minded individuals that a business wants to attract, it is possible to tap into a whole new pool of talent.

For example, a company could find it brings together two people that have never met before, but who are looking for a job-share and could fill a critical role together.

The consumer experience has evolved drastically over recent years, but the changes introduced work for the customer and business. As candidates are now consumers, hiring teams need to look to the retail arena for inspiration and take action sooner rather than later if they want to catch up with the curve, let alone stay ahead of it.