Could an organisation work on a completely remote basis? 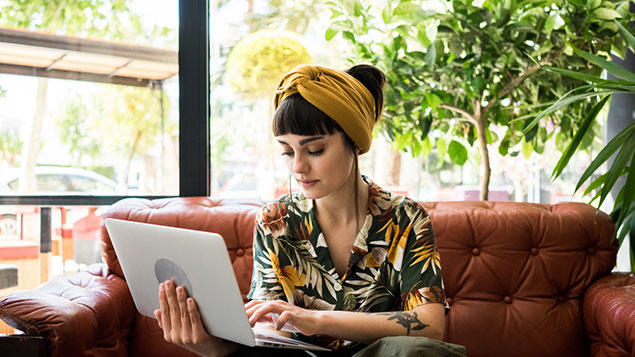 Most employers now embrace some form of flexible and remote working, but self-publishing company Reedsy has taken this to the extreme. Cath Everett finds out the benefits and challenges of having a completely remote workforce.

While some managers struggle with the idea of not having employees slaving away right under their noses, for Emmanuel Nataf, co-founder of curated self-publishing marketplace Reedsy, the exact opposite is true.

Legal and practical tips for employers on homeworking

He actively prefers to manage a team of remote workers and, in fact, abandoned a free-of-charge, shared office space provided by the company’s investors as he and his colleagues found the experience too “distracting”.

“For me, having people in the same room means there are more issues to manage and deal with,” Nataf explains.

“They’re often distracted by each other or there’ll be expectations that because they’re in the same role, synergies should happen.

With a team of 15 based in countries ranging from the UK, where the company was set up in mid-2014, to the US, Portugal and the Netherlands, he believes the key issues are trusting people to get on with the job and ensuring they understand the objectives that have been set.

“There’s less directed management with a remote team because everyone has objectives and know what they are,” Nataf says. “So results are the only thing we look at, not how much time people spend in the office.”

In order to ensure the team is cohesive and working together effectively, meanwhile, he holds Skype-based meetings once every two weeks, in which all participants give a short presentation about what they have been up to.

Day-to-day, the organisation also uses Google Docs and a project management tool called Basecamp to centralise information and make it accessible to everyone.

Different ‘basecamps’ are created to handle projects ranging from marketing and product development to staff recruitment, people are assigned to them and each day they are expected to write a short summary called “what did you do today?”

This summary includes any work that has been completed, along with links to documents that individuals have worked on.

“The idea isn’t to track someone in a ‘you said you’d do this so where is it?’ sense,” says Nataf.

“It’s more about giving people an overview of what you’ve done to make it easier to see synergies in each other’s work and to bring transparency to the organisation. There’s no way anyone would know what anyone else was doing otherwise.”

Feeling part of a team

Everyday conversations take place using the Slack real-time business messaging tool and, as it is integrated with the firm’s Twitter account, it also acts as a central place to access notifications of customer support queries.

But to ensure that individuals feel part of the wider team, Nataf also ensures that everyone gets together twice a year for a week to bond and discuss important company issues such as corporate values.

February this year saw a skiing trip to France, while Portugal is the destination for the October team-building event, where the focus activity will be scuba-diving.

Performance reviews, on the other hand, tend to be based on informal feedback, although Nataf acknowledges this situation may have to change as the company expands.

But there are further advantages to running an organisation based on remote working, he believes.

“Tech professionals aren’t easy to find. We try to keep it to western Europe and the East coast of the US, but looking for people in multiple geographies makes them much easier to find,” he says.

The issue is that, if you limit yourself to looking for talent in a city such as London, you end up having to compete with tech giants like Facebook and Google.

“So you’re just making it hard for yourself unless you’re prepared to pay out a lot of money in salaries,” Nataf points out.

Despite all of this, he concedes that there are various challenges involved in taking a remote working approach, the key one of which is ensuring you hire the right people.

“Remote working isn’t for everyone, so as part of the hiring process, you have to understand whether someone is made for it or not,” he says. “It only really works for people who are very autonomous and don’t need to wait to be told what to do.”

As a result, the most effective approach is to hire someone with experience of working in this way, which includes doing a temporary, freelance project on the side. Certainly, during the interview process, Nataf recommends asking someone how they feel about it.

“They need to be enthusiastic and know how to manage their time. If they’re only 50% into the idea, it simply won’t happen.”