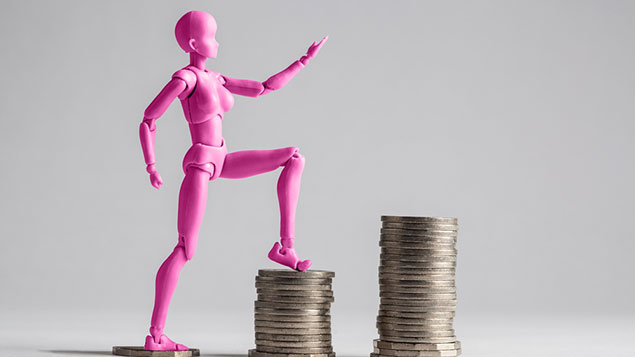 The Equality and Human Rights Commission (EHRC) has published details of its gender pay gap, showing that on average its female employees are paid more than men.

The organisation has fewer than 250 employees, so is not required to publish the data, but said it wanted “more employers to follow suit and publish their pay gaps, using it as an opportunity to look at what is driving them”.

The EHRC has revealed that, on its snapshot date of 31 March 2017, it had a negative mean gender pay gap of 7.5%, which means that on average, women working for the commission are paid more than men.

It attributes this to the fact that 71% of senior staff at the organisation are women, and 56% of staff with more than 10 years’ service are women, meaning they have benefited from annual pay rises.

It also reported that there are 93 women overall working for the commission, compared with 71 men.

The mean hourly rate for women is £23.14, compared with £21.53 for men. When it came to bonuses, however, there was a gender pay gap in favour of male employees.

The EHRC reported that the average bonus paid to women was 8.6% lower than that paid to men, mostly due to the fact that bonuses are pro-rated according to the number of hours worked, and 29% of women at the commission work less than a standard week.

If bonuses were calculated at the full-time equivalent, women would have been paid 0.2% more on average.

She added: “We hope employers will use the opportunity to tell the story behind the numbers. This in turn will grow understanding across business and wider society about how to improve pay and development for women and to really drive gender equality.”