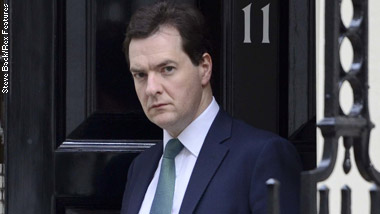 Chancellor George Osborne has suggested that compensated no-fault dismissals could be introduced for what he called “the smallest businesses” in an attempt to protect employers’ rights.

In a speech at a dinner for the manufacturers’ organisation EEF last night, Osborne said: “Of course, employees have rights and should be protected. But what about your right to start a business and not be sued out of existence?

“And now we’re beginning a call for evidence on the case for a new compensated no-fault dismissal for our smallest businesses.

“Plenty of trade unions and others will be submitting their evidence for why we shouldn’t do this. If you think we should, and it will increase employment, then don’t wait for someone else to send in the evidence. Send it in yourself.”

The proposed “compensated no-fault dismissal” system was originally outlined in the leaked set of recommendations put together in 2011 by venture capitalist Adrian Beecroft.

However, Osborne’s suggestion that employers could currently find themselves “sued out of existence” due to the absence of a system such as no-fault dismissals has been questioned by employment law commentators.

John Read, employment law editor at XpertHR, suggested that this statement overlooks the fact that employers cannot be “sued out of existence” unless they treat their employees badly and suggests that bad employers will be the only parties who are protected by the introduction of no-fault dismissals.

He said: “Unless I’m missing something, no employer has a right not to face tribunal claims from aggrieved employees who feel that they have been treated unlawfully. When it comes to unfair dismissal, employers have only to act reasonably in the circumstances to dismiss an employee fairly.

“I appreciate that small employers, perhaps without dedicated HR functions, might be panicked about employment law generally and unfair dismissal in particular. But there’s help available: Acas produces a wealth of guidance on unfair dismissal, and if you follow that then you won’t go far wrong.

“It’s true that employees can bring vexatious claims even where they haven’t been treated badly, and put employers to expense, but firstly, that’s already being addressed by the introduction of fees to bring tribunal claims, and secondly, those claims usually won’t get very far,” added Read.