Parties to pledge support for employers at CBI 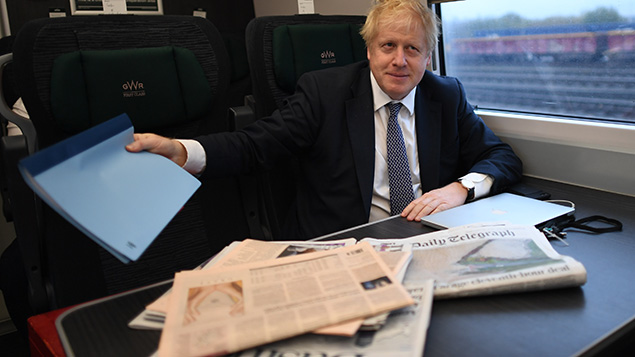 Political party leaders will speak to the CBI later today at its annual conference as they try to persuade the lobbying group their parties offer the best deal for UK business.

Prime Minister Boris Johnson will tell businesses that he will end Brexit uncertainty and will cut business rates if the Conservatives win the general election on 12 December.

The Tories have also pledged to cut National Insurance contributions for employers by increasing the employment allowance from £3,000 to £4,000.

This reduces employers’ Class 1 NI payments every time they run payroll until the allowance has been reached or the tax year ends. They believe this would create a tax cut of up to £1,000 for more than half a million businesses.

Johnson will say: “With a Conservative majority government you can be sure we will get Brexit done and leave with the new deal that is already agreed – ending the uncertainty and confusion that has paralysed our economy.”

Liberal Democrat leader Jo Swinson is expected to tell CBI delegates that hers is the “natural party of business” because they want to cancel Brexit.

Jeremy Corbyn, the Labour leader, will set out plans for 320,000 new apprenticeships in England during Labour’s first term in government, aiming to create 886,000 by 2030.

Within this, the party would create a climate apprenticeship programme that will train around 80,000 people per year in trades such as renewable energy and transport, sustainable construction, low carbon and sustainable agriculture.

Corbyn will say: “Labour’s Green Industrial Revolution will be a central motor of the party’s plans to transform our country and economy, using public investment to create good, clean jobs, tackle the climate emergency and rebuild held back towns, cities and communities.

“Climate apprenticeships will offer training to school leavers and workers looking to change jobs mid-career, creating the engineers, technicians and construction workers we need to transition to a green economy.

The Labour party has also said it will give employers more flexibility over how they spend apprenticeship levy funds.

Tej Parikh, chief economist at the Institute of Directors, welcomed Labour’s proposals around apprenticeships but aired concern “at the prospect of further strictures being placed on the apprenticeship levy, which has already gummed up the UK’s skills system”.

“That said, the fact that Labour has combined its proposal with the promise of wider reform suggests it is aware of the challenges and willing to work with businesses to iron out the creases,” he said.