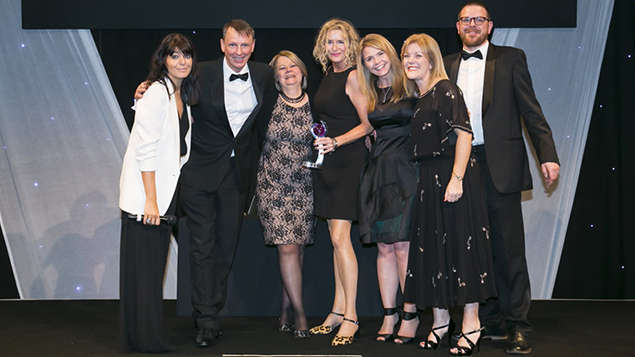 The team from AdviserPlus collects the HR Supplier Partnership Award in 2015.

The shortlist has now been announced for this year’s HR Supplier Partnership Award, the category that recognises the achievements of suppliers of products and services in relation to an HR client.

This category is now in its third year, and was only open to entry from suppliers nominated by entrants to the other categories in the 2016 Personnel Today Awards.

This year drew twice as many entries as in 2015, which made finalising the shortlist a tough decision.

Personnel Today commissioning editor Jo Faragher, one of the judges for the category, said:

“We were impressed with both the volume and quality of the entries for this category this year. All of them showed true collaborative working between HR teams and their suppliers, and hard evidence of results.

“We look forward to welcoming the shortlisted suppliers to the awards ceremony in November.”

There was a diverse mix of work from the public and private sector.

A total of eight have been shortlisted for projects they had led at their nominating clients. The winner will be announced at the Personnel Today Awards ceremony on 22 November 2016 at the Grosvenor House Hotel, London.

View the full shortlist for the Awards here