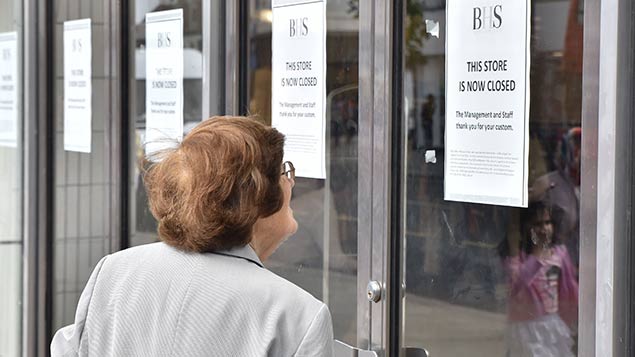 Wood Green BHS last month – one of the last stores of the retailer to be closed. Matthew Chattle/REX/Shutterstock

The Business, Innovation, and Skills (BIS) Committee has launched an inquiry into corporate governance, focusing on executive pay, directors’ duties and the composition of boardrooms.

The inquiry, which follows recent failings at BHS and Sports Direct and the commitment by Prime Minister Theresa May to overhaul corporate governance, will also look at worker representation and gender balance in executive positions.

Iain Wright, chair of the committee, said: “Irresponsible business behaviour and poor corporate governance ill serves workers, but it also tarnishes the reputation of business and undermines public trust in enterprise. We need to look again at the laws that govern business and how they are enforced.

How to introduce and review a pay and grading structure

“Good corporate governance shouldn’t be a hindrance to business; it can contribute to companies’ long-term prosperity and performance, as well as showing to the world that a business is transparent, accountable and responsible.”

The inquiry’s terms of reference include whether or not company law is sufficiently clear on the roles of executive and non-executive directors, and whether or not their duties are the right ones. If they are not, how should they be amended?

The committee will also investigate how the interests of shareholders, current and former employees are best balanced.

Frances O’Grady, TUC general secretary, said: “Poor corporate governance contributes not only to high-profile corporate disasters such as BHS, but also to short-termism and excessive executive pay across much of the private sector.

“This inquiry is important and timely and, the TUC welcomes the opportunity to contribute to the committee’s discussions.”

On executive pay the committee will examine the steep rise in executive pay over the past 30 years relative to salaries of more junior employees and how directors’ pay takes account of a company’s long-term performance.

The reputation of corporate Britain has not recovered from the financial crisis, and there are important questions that need to be addressed on issues including transparency, executive pay and board diversity” – Simon Walker, IoD

Wright and his committee of cross-party MPs will look at how greater diversity of board membership should be achieved, what diversity should include – for example gender, ethnicity, age, sexuality, disability, experience, socio-economic background – and, if there should be worker representation on boards, what form should this take?

“The Prime Minister has spoken of workers’ representation on boards,” added Wright. “We want to examine what this might look like in practice, how would this work, and how workers would be selected.

“It’s all too clear that there is significant under-representation of women in executive levels. We’re interested in hearing about the barriers to women achieving senior positions, the measures being taken to remedy the situation, and what action the Government might take to improve the gender balance.”

Simon Walker, director general of the Institute of Directors, said: “The reputation of corporate Britain has not recovered from the financial crisis, and there are important questions that need to be addressed on issues including transparency, executive pay and board diversity.

“The Prime Minister has made clear that company boards are in her sights, so directors must fully engage in this debate.”

The Corporate Governance inquiry asks for written submissions by 26 October 2016.