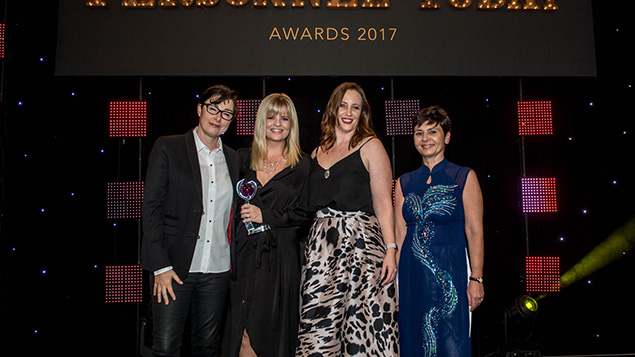 With digital transformation high on the agenda, one of the most hotly contested categories in the Personnel Today Awards is Excellence in HR through technology, sponsored by Cezanne HR. Here we hear why the judges plumped for software supplier SAP and commended the seven runners-up.

In 2016, enterprise software company SAP launched a new employer value proposition and needed to enhance candidate experience to reflect this. This led to the launch of a series of new assessments: online assessments at time of application; a Facebook assessment and a recruitment game that uses data to help judge a candidate’s suitability for a role.

SAP hires about 15,000 people a year and 5,000 to 6,000 of these are graduates or professionals with only a few years’ experience. Because there is not as much to differentiate candidates at this level, assessments are important to help hiring managers make informed decisions. SAP developed customised assessments for culture and “role fitness” based on its own competency framework, using data from high performers as a benchmark. Candidates receive immediate, insightful feedback on their assessments, meaning greater transparency.

The Facebook assessment app assesses a candidate’s personality profile in just a few seconds, without the need for them to take a traditional personality test. Likewise, the recruitment game (created in conjunction with The Chemistry Group and GameSparks) judges candidates on how they navigate applicants through an interview process while simultaneously showcasing sectors in which SAP operates. Data from all assessment sources is joined up and average time per hire has been reduced by three weeks, while quality of candidate hire (for sales candidates) is up 35%.

Almost nine in 10 employees said they would find a personality and job profile test useful even if they weren’t a good fit for the organisation. Recruiter workload has reduced by 39% and there are almost 6,000 new candidates in the company’s applicant tracking system.

Judges – Excellence in HR through technology

The CBRE GWS business came together in September 2015 thanks to a merger between Norland Managed Services and Johnson Controls GWS with the existing CBRE Global Corporate Services. The new Occupier Services business in EMEA spans more than 37 countries and supports 15,000 employees.

The merger offered HR the opportunity to review how it welcomes new employees. Historically this had been a one-day, face-to-face induction delivered by an external training provider. This had become costly and meant lots of time out of the business for new starters. Feedback also showed new employees did not feel engaged by the process.

HR used data and group workshops to determine what the onboarding process should be and four separate components were agreed: pre-boarding (engaging new starters); onboarding once joined; helping starters to understand their customers; and still keep an element of face-to-face induction.

A key part of the new process is the GWS Connect App and microsite, where applicants and employees can download news and research, look at jobs available and access social media. Once they have started, they can access checklists and a photowall. Once each quarter there is a half-day face-to-face event hosted by the executive team. Launched in early 2017, the new process has already generated cost savings but more importantly has raised engagement among new starters.

It has done this through: a Movement to Work employability programme which introduced 65 women to engineering work experience this year; a paid 12-week cross company returnship programme to support experienced employees back to work after a long career break; a Women’s Network and Women in Technology network; and 50 female engineers visiting schools during 2016 to challenge stereotypes about the sector.

Going forward, there is a new Diversity in Apprenticeships strategy – a public commitment to boost female numbers in engineering apprenticeships. This includes a teacher engagement programme to support schools to recommend engineering as a career, regardless of gender. There have also been internal changes such as adaptations to uniforms so they fit women as well as men.

The whole programme has representation from L&D, talent, corporate citizenship, public affairs, PR and resourcing. Learning has been moved from “9 to 5” to a more flexible experience including digital and self-service learning so staff can do this around other commitments. Centrica also plans to join the Apprenticeship Diversity Network, which comprises 23 employers.

Before creating this, there was no easy way for potential job sharers to find each other in such a large, diverse and decentralised workforce. The idea was suggested at the service’s diversity forum and there had always been high attendance at job share networking events. The 2014 Hay Group report Women in Whitehall had also highlighted the need to support women with more flexible working options.

The tool, launched in March 2015, works on smartphones, tablets and PCs – anyone can register for it even when away from their department, for example on maternity leave or phased retirement. It also provides the Civil Service with valuable data about how staff find a job share partner, which has contributed to development of its flexible working and parental leave policies.

To date, more than 1,700 colleagues from admin assistant to senior civil servant grades have signed up to the service and 39 of the 50 colleagues who have found job share partners and taken up new posts with them are women at more senior grades, supporting the development of the female talent pipeline.

New registrations to the site are running at an average of 150 colleagues a month and total membership is about 5,000. A bi-annual survey evaluates its effectiveness and private sector employers have sought advice on how they could create their own versions of the site. The whole project was delivered under budget and also achieved cost savings of about £300,000 through staff retention. It is anticipated that recruitment cost savings will increase significantly within subsequent years of live running of the service.

Formed in 1943, PA is a premium consulting, technology and innovation firm, employing more than 2,600 people globally. Its relationship with private equity investor Carlyle means it set ambitious growth targets of a 9% increase in revenue from 2015 to 2016.

Brexit and uncertainty in the US placed its sales force under greater pressure and a “radical and concerted” effort on building client relationships and sales was needed. PA also wanted to engage the wider business – not just partners and managing consultants – in selling, but many junior consultants lacked confidence and experience.

In response, PA came up with a digital learning campaign called We all sell, using its social learning platform the PA Academy. Exceptional sellers across the business were identified and applied their expertise to creating learning formats across a range of modalities. From September 2016, employees received weekly emails with themed, interactive content, which generated an immediate upturn in sales.

The campaign achieved its sales objective for 2016 and by the end of January 2017 was 20% ahead of budget in terms of profit. The charities team achieved £800,000 as a direct result of the campaign. We all sell has also helped to change the learning culture at the company and employees are actively involved in developing content for the PA Academy, which has seen a 10% increase in usage.

RBS employs around 60,000 people in the UK and Ireland and HR People Services acts as an “engine room” to support these employees, dealing with more than 210,000 queries annually.

There was an increasing desire among employees, as with customers, to harness new technology. As many queries to People Services could be resolved easily or through self-service, RBS decided to introduce a contact channel where employees could use a web chat to find an answer to their problem.

Market research found that there was a huge appetite for this service. It enabled employees to contact HR while not distracting from day-to-day work; they could raise personal queries discreetly from their desk and HR could make savings by reduced query handling times and improved resolution at first point of contact.

The core project group comprised representatives from across the business, using a customer-led design approach – many would be using it day to day. The service was tested with a control group of 6,500 employees over four weeks before being rolled out to 60,000 staff in August and a further 53,000 in October 2016.

Use of the chat channel has grown to around 25% and continues to rise. Employees have saved a combined 6,565 hours where they would have been waiting for HR to respond. After this success, RBS is now looking at how it might pilot the use of artificial intelligence in its systems.

With about 14,000 employees nationwide, internal communication at Superdrug was a challenge, particularly because so many staff work on the shop floor.

With an operating budget of £100,000, The Hub launched in October 2016, a two-way internal communications tool that has helped Superdrug overcome this online challenge. The Hub enables instant sharing between different parts of the business. Employees can download and fill out digital forms as opposed to using paper copies, online publishing reduces costly print and distribution of manuals and training guides, and saving large files such as images saves space on company servers.

Before its inception, internal communication tended to be via email and paper newsletters. Not only is this approach more environmentally friendly, it has become a forum where employees can share ideas (210 were raised over a four-week period) and acts as a social network for employees – Superdrug describes it as “positioned between Twitter and Facebook”. Since launch, 12,000 employees (92% of the business) have logged in, and there are about 8,200 users monthly.

One of The Hub’s greatest benefits is that it has broken down barriers of age, gender, class and job position. Staff can recognise others for going the extra mile in a national Superdrug Stars campaign. Departments can see how other teams function and share news about product developments. More than 15,000 online learning courses have been completed via smart phones. It has also enabled the promotion of charity events and the creation of a women’s network. CEO Peter McNab says it has provided “exceptional, tangible engagement through the use of technology and a sense of belonging for all”.

In 2012, Virgin Money acquired Northern Rock in a deal worth £1bn and in 2014, the company floated on the London Stock Exchange.

Two years after this, the bank produced a report with HM Treasury on harnessing the talents of women in the financial services sector, which identified 10 positive actions for employers. One of these was offering technology to support flexible working.

Virgin Money brought together a team from the Future Business Leaders programme to come up with solutions that would improve the maternity and paternity journey for colleagues and the result was the Baby App. This provides: an illustration of how much leave they can take and key dates; FAQs on parental leave; buttons to call or email their manager to keep in touch; links to the Virgin Group Tribe website for offers and updates; links to corporate communications; a list of maternity and paternity policies and access to the internal jobs page.

Other key technology developments have included the Learning Lounge Online so colleagues do not have to rely on desktop or office-based learning and the Away from Work App for colleagues who are absent due to long-term sickness. As a result of these three initiatives, engagement scores related to opportunity for personal development have risen by 2%, and those related to work-life balance have risen by 5% to 78%. Learning Lounge has attracted almost 63,000 page views, a quarter of which have been from mobile devices.