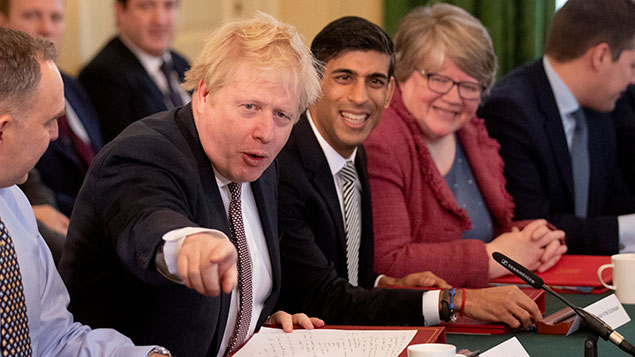 Downing Street has announced that the new points-based immigration system will be implemented from 1 January 2021, after a meeting of the new cabinet discussed the plan to reduce the number low-skilled migrants entering the UK.

The government hopes that it will reduce the number of people entering the country while still ensuring that the private sector and public services can meet their skills requirements.

A Downing Street spokesperson said: “Following discussion, cabinet agreed the implementation of a points-based immigration from 1 January 2021. The system will be simpler and fairer, and will not discriminate between countries – and will return democratic control of immigration to the British people.”

The spokesperson added: “The prime minister stressed that we must demonstrate that the UK is open and welcoming to talent from across the world; but the new system would end reliance on importing cheap, low-skilled labour – bringing down migration numbers overall.”

Further details of the scheme, discussed by the new cabinet this morning (14 February), should be released next week, although many have been signposted already.

But immigration expert Chetal Patel, partner, Bates Wells, said there were still many imponderables: “What do we know so far?” she said. “Not much.

“We will have a points-based system and it’s likely that the government will adopt the existing framework which will assist in getting the system ready to go live on 1 January 2021. Will it be a question of ministers pulling ‘certain levers within the system’ to make it more controlled? I expect so. To a certain degree these ‘levers’ already exist in our current system.

However, the spokesperson’s reference to reducing the numbers of low-skilled workers had made it clear that the government “will take on board the Migration Advisory Committee’s recommendation to reduce the current skills threshold to cater for medium skilled jobs.”

There was no confirmation from Downing Street on whether the Budget scheduled for 11 March would go ahead in the wake of Sajid Javid’s resignation from the post of chancellor and his replacement by Rishi Sunak.