IT services and consulting firm Atos faced a challenge familiar to the sector – to have more women in senior management roles. It created a targeted succession plan and learning programme to address this, and is already seeing results.

Like many tech companies, IT consulting business Atos faces a gender imbalance, particularly at management level. “We’re in line with the industry at around 31% [female representation] but we wanted to do better,” says Denise Reed Lamoreaux, global chief diversity officer.

Keen to do something about it, Atos’ senior management gave HR a clear objective – to increase female representation at all management levels. The company already had a number of leadership initiatives in place, but wanted to ensure there was a targeted pipeline of female leaders coming through the business.

The result was Atos’ Women Who Succeed programme, which aims to identify a female successor for all key roles in the company. Managers are incentivised to nominate people to be part of the programme, and those women then take part in a year-long blend of leadership learning, peer mentoring and network-building.

The first cohort began in January 2019 and has just come to an end.

Atos worked with learning software provider Skillsoft to build the content for Women Who Succeed. “The idea was to build skills in the women that they felt needed polishing and refining,” explains Reed Lamoreaux. Each month, participants received videos, book summaries, activities and reflective thinking exercise focused around specific competencies. Some of the areas of focus included negotiation skills and taking risks.

It was about more than learning, however. “As a tech company we can be quite account-centric, too, so it was also an opportunity for them to form relationships with one another instead of working in silos,” she adds.

The programme was tiered into three groups – emerging leaders, mid-level and senior – based on participants’ levels of experience in leadership roles. They were brought together on a regular basis as a way to learn from each other, adds Reed Lamoreaux. “This might involve peer coaching between cohort companions or spot mentoring from someone more senior.”

The aim was for 70% of those who began the programme to complete it, and 74% of the first cohort were successful. However, feedback suggested the timing could be compressed, says Lamoreaux.

“When we looked at the lessons we’d learned it felt as though 12 months were too long. Six months would enable us to compress the learning and secure more solid commitment.”

Two of the initial cohort have already been promoted into more senior roles, while others have reported higher engagement and greater recognition for their contribution from managers in their appraisal meetings.

The impact of the programme has not been limited to the participants, either. LinkedIn profiles and email signatures included a ‘Women in Action’ logo, to give the group a recognisable identity, and sharing participants’ personal essays on LinkedIn has helped raise the profile of what Atos is doing to promote gender equality, which in turn has helped win over potential suppliers. 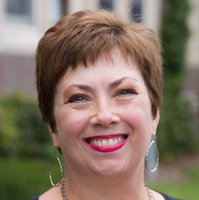 Using data from the learning platform has helped create a sense of friendly competition, she adds. “The data told us who was engaging the most so we could create a list of top 10 participants. So there was a sense of jockeying for position where they’re cooperative but highly motivated.”

One of the ways Reed Lamoreaux thinks Atos could improve its gender equality efforts is to look more closely at intersectionality – where two or more protected characteristics crossover and often intensify a sense of difference. She says: “One employee, a woman of colour, shared her testimony with me of how she didn’t want to include a picture on her LinkedIn profile in case she was discriminated against.” Understanding female employees’ additional challenges and identities is an important part of the organisation becoming more inclusive as a whole, she adds.

Despite the targeted nature of the programme and some early wins, this is a slow burn. “Lots of women who have been named as successors will be long-term successors as they need to build their skills,” explains Reed Lamoreaux. Alongside the Women Who Succeed materials, she aims to build more integration with other leadership and technical courses across Atos so there is more crossover.

The strong networks it has created have already pushed the company culture in a different direction. Women in early leadership roles now have senior-level sponsors and more experienced managers have the feel-good factor of giving something back.

“It’s pulled together women from all of the cohorts, and really helped the newer leaders feel as though they have some skin in the game,” she concludes.

Four-day week: what are the legal considerations for...

Barristers walk out in protest over fees