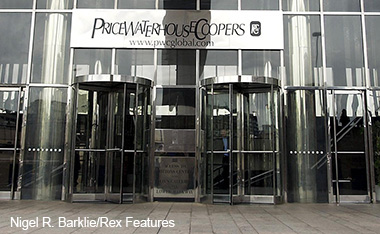 Accounting firm PricewaterhouseCoopers (PwC) has announced that it will lead the development of a Higher Apprenticeship programme for young people looking to move into the professional services sector.

Earlier this week, business secretary Vince Cable announced the creation of 19,000 new, degree-level apprenticeships, with a funding pot of £18.7 million. The £1.5 million funding for the professional services programme will come out of this fund.

PwC will develop the programme in conjunction with the Institute of Chartered Accountants, the Association of Tax Technicians (ATT) and the Management Consultancies Association. It will focus on tax, audit and management consultancy. It is expected that the scheme will deliver 1,500 Higher Apprenticeships to level 4 (equivalent to a foundation degree), with the first cohort to start in September 2012.

Over the next 18 months, PwC will work with its institute partners, as well as training company and university college BPP, and employers from across the industry on developing the framework for the apprenticeship. It will include a combination of on- and off-the-job training, coaching and assessment.

It will be open to anyone post-A-level who does not want to pursue the traditional higher-education route. PwC will also offer the scheme to its own non-graduate employees as a means of improving their qualifications.

Employers across the professional services sector will be invited to contribute to the programme’s development and will be able to offer their own apprenticeship places. PwC hopes that this will open up opportunities for staff in smaller businesses to gain access to a scheme that they might otherwise have missed out on due to lack of funds.

“The Government has been trying to move apprenticeships into more knowledge-based areas for some time now, and we’re excited to be taking the lead on this,” said Matt Hamnett, a senior consultant at PwC.

PwC will be one of 250 employers to take part in the Higher Apprenticeship scheme initially; other sectors include construction, advanced engineering and insurance.

The Government has launched the scheme in response to criticism that apprenticeships are being wrongly targeted at existing employees over the age of 25, rather than young, unemployed people struggling to get on the first rung of the career ladder. Cable also said that he wants to put “practical learning on a level footing with academic study”.

Stuart McKinnon, deputy president of the ATT, said: “Traditionally, apprenticeships have been seen as a route into trades like building and plumbing. However, they can also be a path into white-collar professions such as tax and accountancy.”

PwC already offers an established graduate recruitment programme. Earlier this year, fellow accountancy firm KPMG announced that it would offer a six-year degree scheme to school leavers, paying tuition fees and a starting salary of about £20,000.