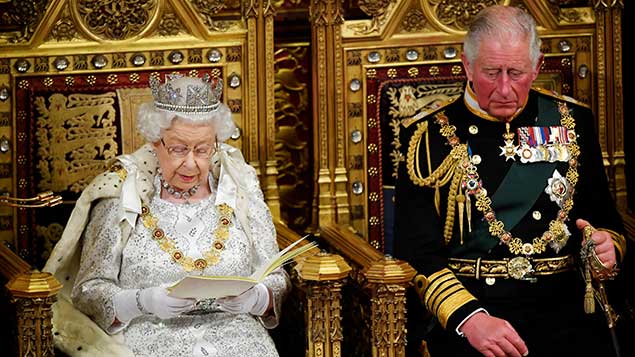 Today’s Queen’s Speech has confirmed that a Bill will be introduced to end freedom of movement once the UK leaves the EU and introduce a points-based immigration system from 2021.

Settlement scheme for EEA nationals in the UK

Delivered from the House of Lords, the monarch announced that “an immigration bill, ending free movement, will lay the foundation for a fair, modern and global immigration system”.

“My government remains committed to ensuring that resident European citizens, who have built their lives in, and contributed so much to, the United Kingdom, have the right to remain.”

It was confirmed that the bill would make EU citizens arriving after January 2021 subject to the same UK immigration controls as non-EU citizens, “to enable the government to deliver a single global immigration system based on people’s skills”. Irish citizens should not require leave to enter or remain in the UK once free movement is removed.

This follows suggestions last week that the Australian government was advising the Home Office on how a points-based system might work.

The speech also said the government would “take steps to make work fairer”, suggesting it will deliver on its Good Work Plan created after the Taylor Review of Modern Work Practices.

In the supporting notes to the Speech, the government indicated that the main employment reforms likely to be pushed through focused on ensuring that employees who wished to work flexibly were not discriminated against; improvements to the enforcement system with regard to poor treatment of workers; and better support for working families.

It added that the Employment (Allocation of Tips) Bill “will make sure that tips are kept in full by, or distributed fairly and transparently to, those who work hard to earn them”.

In next month’s budget (6 November), the chancellor will provide further details on increases to the national living age to two-thirds of median hourly earnings, as well as plans to lower the age threshold for qualification for NLW to 21, meaning a further four million people will be able to access this wage.

On pensions, the government will enhance the powers of the Pensions Regulator so it can respond earlier if employers are not taking their responsibilities to their workers seriously. It will also improve clarity for employees on their retirement savings, through the introduction of pensions dashboards so they can see their pension scheme information online.

The Queen said: “To help people plan for the future, measures will be brought forward to provide simpler oversight of pensions savings. To protect people’s savings for later life, new laws will provide greater powers to tackle irresponsible management of private pension schemes.”

The government has also said it would establish a framework to set up and regulate Collective Defined Contribution pensions, an increasingly popular type of pension that sets out an “ambition” for pay-out with clear costs rather than defining an end-benefit without setting out costs.

Good to see the Queen’s Speech committing to taking forward further aspects of my Good Work plan. There is a welcome political consensus around improving working lives. The genuine challenge is making that intention a reality in our complex and changing labour market

Julian Cox, head of employment at iLaw, said the speech would give some clarity to gig economy workers.

“With Brexit just around the corner there is a growing fear, whether founded or not, that future Governments may undermine the rights of workers, but this commitment to the Good Work Plan seems to suggest otherwise.”

On Twitter, Matthew Taylor, who authored the report, said: “Good to see the Queen’s Speech committing to taking forward further aspects of my Good Work plan.

“There is a welcome political consensus around improving working lives. The genuine challenge is making that intention a reality in our complex and changing labour market.”