A former TalkTalk executive has launched a crowdfunding campaign to take the company to tribunal for unfair dismissal and equal pay.

Rebecca Burke led a cybersecurity programme at the telecoms company after it had been hit by a high-profile hacking scandal in 2015. She was made redundant 15 months later and subsequently discovered that four of her male colleagues were paid up to 40% more in salary and 50% more in bonuses.

The three colleagues also kept their jobs when she lost hers.

Her tribunal was due to be heard in December last year but her barrister, Naomi Cunningham, asked for a new panel to sit on it on the grounds that it was hostile to the case.

At the time, Cunningham said: “No claimant in an equal pay case listening to the exchanges could be expected to feel any confidence that any part of her claim would get a fair hearing.”

The tribunal, chaired by Judge Graeme Hodgson, adjourned for several days to consider the request before declining to step down, which led to the case being rescheduled.

Having personally funded her initial claim, she is now using crowdfunding platform CrowdJustice to raise funds for her new hearing, scheduled for 27 January 2020. If she wins the case, any settlement will be given to women’s equality campaign groups the Fawcett Society and Time’s Up. 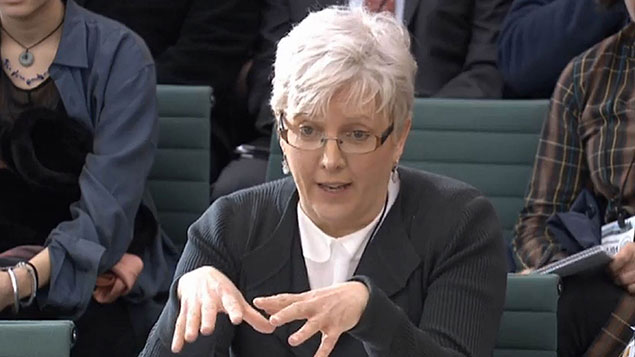 Burke said: “When I started this case I was shocked to think that a British business could treat a woman so unfairly but this life-changing experience has opened my eyes to the gender discrimination and equal pay issues that women and girls are facing every day.

“Getting this far has cost me enormously, emotionally and financially, but as a result I am totally committed to getting justice, raising money for a vital cause, and drawing attention to the plight of other women in similar situations.”

She said she was “humbled” to garner support from campaigners including former BBC China editor Carrie Gracie and Sam Walker, who won an equal pay and unfair dismissal claim against the Co-operative Group, where she was HR director.

Walker said: “Unfortunately, there is very little information in the public domain to show how much of this is happening.

“All too often women cannot afford the financial or mental toll this takes on them and end up signing NDAs and settling out of court for sums far less than they have lost in the ‘back pay’ owed. There needs to be legal reform and reform within financial reporting mechanisms to reveal the extent of equality ‘pay-offs’ that are happening all the time.

“For those women who do litigate and win, there is no award for costs in the tribunal system, unlike in the county courts, so you are lucky if you even cover your costs with the amount awarded. Rebecca has no alternative but to crowd fund her next stage. She is indeed a brave woman.”

TalkTalk has an average gender pay gap of 14.6% and an average bonus gap of 31.6% according to the company’s 2018 Gender Pay Report. Gracie added that “there is often an element of pay discrimination lurking behind the gender pay gap figures of big employers… without cases like this, the public is none the wiser.”

Burke’s CrowdJustice campaign will run for 30 days from today (14 October).