Real weekly earnings £13 lower than before the financial crisis 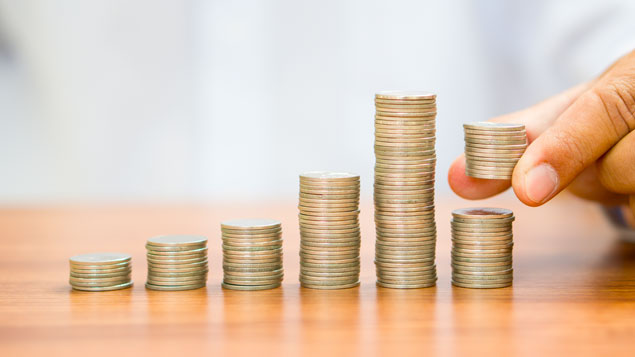 Real average earnings are £13 per week lower than they were a decade ago and there are still significant “employment gaps” among some disadvantaged groups, according to analysis by the Resolution Foundation.

Despite recent Office for National Statistics figures showing the number of people in employment is at a record high, many disadvantaged groups still faced setbacks when finding work, the think-tank claimed.

People who move between jobs benefit from higher pay

Although people in the poorest third of households accounted for more than half (1.2 million) of the 2.1 million increase in employment between 2008/9 and 2016/17, targeted support was needed in some groups to help increase the employment rate further.

Just 45% of people with a disability or ill-health were in employment last year, it said. Increasing employment opportunities and support for such people – including the introduction of a new “right to return to work” after an illness − would improve living standards for about one million families, it suggested.

While ethnic minorities accounted for almost half the increase in employment since 2008, just 66% of people from BAME backgrounds were in work, the analysis showed.

The think-tank noted that the increase in employment opportunities had helped raise living standards, but many workers were in insecure arrangements with irregular earnings – around 800,000 were thought to be on zero-hour contracts.

Stephen Clarke, senior economic analyst at the Resolution Foundation, said: “Britain has experienced a huge living standards slump but its incredible employment record has provided a much-needed bright spark amid the gloom of the pay squeeze.

“But while employment is at a record high, Britain is still some way off full employment and too much work remains low paid and insecure. With fewer than half of people with a disability or ill-health currently in work, targeted support for these groups holds the key to achieving further employment progress.”

As an example of targeted support, the Resolution Foundation noted that policies such as childcare support and working tax credits had helped increase the number of single parents in work in the past. Sixty-seven per cent of single parents were employed last year, compared with 51% in 2003.

Clarke said steps to provide advance notice of shifts and a right to a regular contract for those on a zero-hour contracts would also help those “who have precious little job security” to stay in work.

Commenting on the slow recovery of average weekly earnings following the financial crisis a decade ago, TUC general secretary Frances O’Grady said the government needed to do more to encourage wage growth.

“It’s taking wages longer to recover from this crash than it did after the Great Depression,” she said. “The government is turning a blind eye to Britain’s living standards crisis. Ministers must get wages rising faster now.”

A report published earlier this week by the Child Poverty Action Group suggested that two parents working full time at the national living wage earn on average £49 less than the income needed to cover their family’s basic weekly needs.