Recruitment advertising: why print still has a place 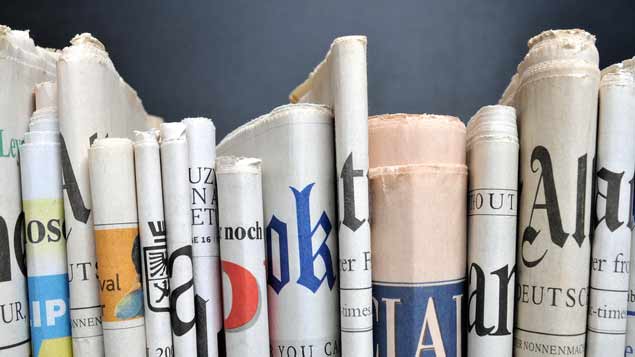 With just weeks to go now until entries close for next year’s RAD Awards for recruitment advertising, we look at how the medium of print still matters.

“The rate of decline has not been as rapid as some predicted,” says Julie Towers, managing director for the recruitment arm of Penna, referring to claims five or ten years ago that print job advertising would die off completely. “We still buy £25 million worth of media, it’s just that the mix has changed.”

In fact, rather than disappearing off the radar, Towers argues that print recruitment advertising has simply reinvented itself as a key component in mixed recruitment campaigns.

There are just weeks to go now until entries close for the 2016 RAD Awards on 2 October.

The RADs recognise all areas of recruitment communications from use of social media to best employer brand, and are widely known as ‘the Oscars’ of the recruitment advertising industry.


The prestigious ceremony will take place on 28 January 2016 at the Grosvenor House in London and you can enter and find out more here.

“It’s rare we’ll do a press only campaign now,” she adds. “It’s more likely to be a press-based teaser and a complementary microsite or job listing. Media companies have picked up on this as well, and tailor their offers accordingly.”

The advertisement that won that category was a provocative press ad looking for social workers for Coventry City Council, where four-year-old Daniel Pelka died in 2012 after abuse was missed by the social work professionals and other agencies involved with him.

Depicting an empty swing and the slogan “Do it for Daniel”, the ad directed readers to a dedicated microsite (doitfordaniel.co.uk), which featured more information about the roles available. This included video interviews with social workers talking honestly about Daniel’s legacy and how the Council was addressing the issues uncovered by the Serious Case Review looking into his death.

“We did some research and found that social workers considering a new employer did not want them to sugar- coat the role; they wanted the reality, their vision for the future,” explains Kate Wilson, client partner at TMP Worldwide, which produced the campaign.

“We were also keen to embrace print as part of an integrated campaign because it reaches out to candidates and other people who might influence jobseekers – in short, catch those people we might not usually catch through job boards or social media.”

The emotive nature of the ad, and its head-on tackling of a difficult issue, also attracted a number of editorial articles, boosting the campaign’s impact and reach.

Despite the success of campaigns such as this, there is a perception that print advertising has gone firmly out of fashion. “To many, it is regarded as a dated media. In a world where you have the choice of looking online and browsing thousands of jobs, or looking in a newspaper with fewer than a hundred roles – there is a clear favourite,” says Will Miller, marketing director of online jobs database CV-Library.

“It’s rare we’ll do a press only campaign now. It’s more likely to be a press-based teaser and a complementary microsite or job listing.” – Julie Towers, Penna

“It tends to be most effective in sectors where there are larger volumes of candidates who have been slow adopters of IT, and who would rather apply for roles by phone or post,” he adds.

But where executive appointment pull-outs once used to weigh down Sunday newspapers, even many senior roles have moved online now, according to Richard Colgan, founder of HR recruiter Oakleaf Partnership. “Senior jobseekers have to rely on being ‘found’ by search companies or simply register with us,” he says. “There is also a legacy attitude of ‘I’ve always been headhunted or applied to headhunter-advertised roles’.”

Claire Doherty, marketing director of recruitment company Cordant Group, also believes that online has the edge over print because it can “reach a wider audience instantly and more cost-effectively”. However, she adds that there is room for grabbing candidates’ attention through other media.

“We’re witnessing a fight back from outdoor campaigns with thermal activated and interactive, eye-catching billboards on motorways and in tube stations,” she says.

In a world where as many as half of potential candidates are looking for jobs via a mobile device (47% of millennials use a mobile to look for jobs, according to Jobvite) print advertising’s role in the candidate attraction process is arguably limited.

“There are a number of new technologies such as QR codes and NFC that can be used, but most print adverts will direct people to a website to apply for a role,” adds Miller from CV-Library.

“The former is easier for many companies. With NFC and QR codes, this is reliant on someone having a smartphone and the ability to use slightly more complicated technology, and we believe these people would most likely start their search online anyway.”

Social networks such as Facebook and Twitter are also growing in popularity, adds Miller, and it is possible to drive traffic here from a print campaign, “but it does make the process slightly drawn out from print to social to web”.

Towers argues that a blended on- and offline approach, rather than slowing things down, simply provides jobseekers with multiple nudges in the right direction. “Some candidates like to double read. So they’ll see quick job updates online and then flick through a newspaper,” she says. “It’s that blur between work and leisure time, intervening in our consciousness in different ways.”

And as was the case with the Do it for Daniel campaign, the powerful creative that can be deployed through a print campaign can have a hugely positive impact on tarnished reputations. Where people tend to scroll past online ads or transfer their interest quickly elsewhere, print has a permanence that can prompt readers to think for longer about its content.

Penna recently worked with Rotherham Council, which had been subject to an inquiry into child sexual abuse in the borough. “Getting people to re-engage with a damaged brand, this is where press has a unique place because it allows you to make a big, longlasting statement,” Towers adds.

Finally, diversity is key, and recruiting across a range of media ensures that a campaign is reaching both passive and active candidates, as well as (often older) audiences that spend less time online.

A powerful message can be reinforced, a concept sold through a strong print campaign – candidates will probably choose to apply for a role online, but a print ad might just help them get there.