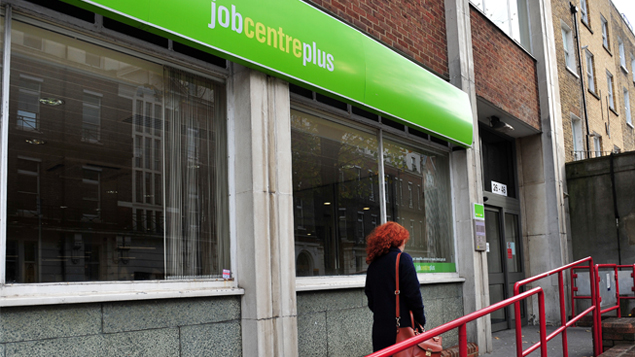 Redundancies hit a new record high in the late summer and early autumn despite the easing of lockdown measures, new estimates from the Office for National Statistics have shown.

Some 314,000 people lost their job in the three months to the end of September, up 181,000 on the number of redundancies seen the previous quarter. The net flow into unemployment was 214,000, the largest on record.

The mass job losses coincided with the period in which the level of wage subsidies provided under the Coronavirus Job Retention Scheme became less generous. The scheme has since been extended until March 2021 and will cover 80% of furloughed employees’ wages once more.

The estimated employment rate for all people was 75.3%, 0.8 percentage points down year-on-year, according to the ONS’s November bulletin.

“There are few surprises in today’s data, and we know that tackling rising unemployment will be a national priority over the next few months,” said Neil Carberry, chief executive of the Recruitment and Employment Confederation. “But news in the past week – of progress on a vaccine and in the extension of support packages – should mean businesses have more confidence to retain people and bring on new staff than they had a couple of weeks ago.”

He said the government must continue to focus on measures that will help employers retain staff and create new jobs, such as reducing employers’ national insurance contributions, and increase business confidence by securing a Brexit trade deal.

“We now have 50 days until the Brexit transition period ends. The restarting of negotiations is promising but every effort must be made now to secure a deal that ensures businesses can continue to trade, especially in services which makes up 80% of our economy,” Carberry said.

The CIPD’s labour market economist Jonathan Boys said: “A modest recovery in hours worked reflects the summer reopening when large numbers of people gradually moved off furlough. Some sectors were able to make hay while the sun shone, but we now know coronavirus cases were rising.”

He said it was “right” that furlough had been extended until March, which would give organisations a reasonable timeframe to plan their workforce requirements, but more needed to be done to help people upskill and reskill.

“The CIPD’s latest forward-looking Labour Market Outlook report suggests that redundancy activity will remain high in the three months to December and could therefore surpass the total number experienced after the financial crash. The economic pain of the pandemic has been cushioned by furlough and other government support schemes but will start to increase over the winter,” said Boys.

“We believe the government needs to do more to help people upskill and reskill beyond what’s been outlined in the Kickstart scheme and Lifetime Skills Guarantee. This includes reforming the Apprenticeship Levy and increasing access to lifelong learning.”

“Reduced demand for workers, coupled with an increase in supply caused by an uptick in redundancies, may suppress wages in the medium term,” she said.

Meanwhile, research from the Centre for Economic Performance at the London School of Economics and Political Science has discovered that one in five self-employed workers is considering employment, rising to 59% of those under the age of 25.

Its survey of 1,500 self-employed workers found that 58% had less work than usual in August, with almost a third having fewer than 10 hours’ work per week that month.

Stephen Machin, director of the Centre for Economic Performance, said: “While the growth in self-employment has been one of the key trends in the labour market in the past two decades, there are now early signals that this trend could be set to reverse.

“By the summer, there had already been a sharp fall in the number of self-employed workers – this may be primarily due to the lockdown, but for some it will be due to realising the risks of self-employment. The Covid-19 crisis has vividly illustrated the social insurance available to different types of workers, with many experiencing the basic safety net of Universal Credit for the first time.”