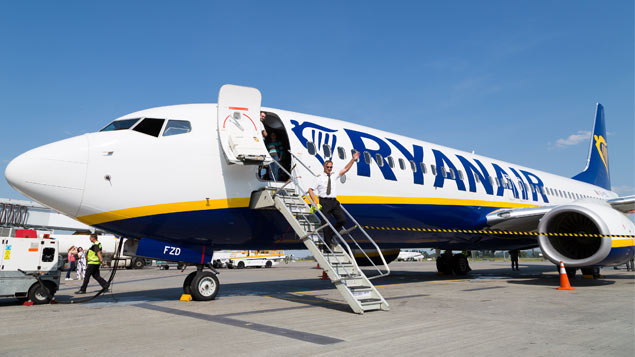 Ryanair has asked its UK pilots to take unpaid leave for up to a year or transfer to its other bases abroad to avoid redundancy.

The airline told its staff that its “significant surplus” of pilots at UK bases must be reduced, following the announcement in July that it had 900 too many pilots and cabin crew.

In a memo to staff published by the Guardian, the company said: “With yesterday’s collapse of Thomas Cook with the loss of 9,000 jobs in the UK and potentially a further 13,000 jobs across Europe, we hope that there will be sufficient applications for unpaid leave/part time, so we do not have to resort to job losses at [your base] this winter.”

It said there were limited vacancies for full-time pilots in Morocco, Romania and Hungary.

In July chief executive Michael O’Leary blamed falling profits and the scheduling of fewer flights due to the grounding of its Boeing 737 Max fleet for the company’s need to reduce headcount. It had ordered up to 135 of the aircraft for its expansion plans, but it is unable to use them due to safety concerns.

Last week pilots’ union Balpa called off five further days of strike action which had been scheduled as part of a dispute over pay and conditions at Ryanair. The union said the strike suspension would pave the way for meaningful negotiations with Ryanair through Acas.

“Despite a strong turnout for strike action and a high level of commitment among pilots in Ryanair, the pilot representatives took the decision to allow a breathing space in the hope that constructive negotiations could get underway. Balpa retains the ability to set new strike dates should it be necessary,” the union said in a statement.