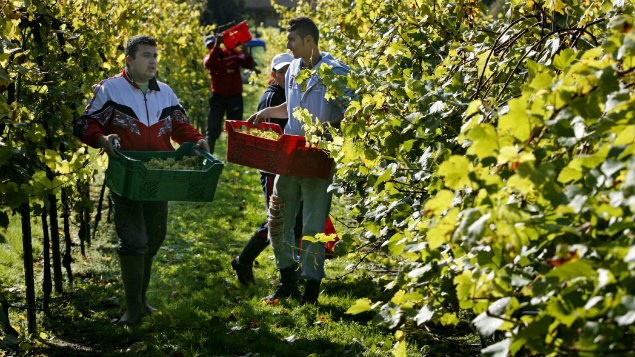 In sectors such as hospitality, tourism, retail and agriculture, seasonal peaks can bring an influx of work at certain times of the year. A common solution for employers in these sectors is to recruit additional personnel during these periods. Katee Dias sets out the key contractual considerations for employers making seasonal hires.

The first matter to consider is the employment status of the individuals being recruited. Will they be classed as an “employee”, a “worker” or even “self-employed”? It does not matter what you as a business might label them; what is important is how the law considers them.

Self-employed persons are individuals who are in business for their own account and usually they have more scope to dictate how the work is carried out and when. They are often able to appoint a substitute to do the work instead if they do not wish to do the work personally.

Employee, worker or self-employed? Why the distinction is important

Only an employee is entitled to take family leave (such as maternity leave), receive at least the statutory minimum notice period on termination of employment and, importantly, be protected against unfair dismissal (although this usually applies only after two years’ service).

Other rights apply to both employees and workers, including the right to be paid at least the national minimum wage and the right to rest breaks and paid annual leave.

There are very few rights that apply to all employees, workers and self-employed individuals, although protection against discrimination because of a protected characteristic (such as sex, race, disability and age) applies to all.

At the other end of the spectrum, an employee is required to undertake the work personally. The employer controls how they work, what work they do and when they do that work. The individual is obliged to accept the work whenever it is offered to him or her.

A worker is essentially in the middle between these two concepts.

The most significant element that differentiates between an employee and a worker is the concept of “mutuality of obligation”.

On the other hand, workers usually have the ability to refuse shifts, or are engaged only for one-off tasks or events. If the individual is a worker, the employer does not usually guarantee the provision of work and normally pays only for work done.

An individual recruited to cover seasonal work may be taken on for a limited period of time. A fixed-term contract is therefore often used, with that contract ending on a specific date or on completion of a particular project.

An individual employed on a fixed-term contract is protected against less favourable treatment compared to permanent employees.

Another thing to consider is that the expiry of a fixed-term contract is deemed to be a dismissal.

If the individual has two or more years’ service, the employer needs to ensure that it has a fair reason for the employment ending and needs to follow a fair termination procedure.

Otherwise, that employer might well find itself facing a successful claim for unfair dismissal. While two years’ service sounds a lot, you do get situations where an employee’s fixed-term contract continues to be extended over and over again or an umbrella contract (see below) is found to be in place.

If an employee is continuously employed for four or more years on a series of successive fixed-term contracts, he or she may automatically be deemed to have become a permanent employee.

Quite often, seasonal workers are engaged on a part-time basis as this is all that is needed to assist permanent staff.

Employers should remember that part-time workers are entitled to protection against less favourable treatment compared to their full-time equivalents.

It would not, therefore, be acceptable to provide only private medical insurance to full-time employees (and not to part-time workers), unless that difference in treatment can be justified on objective grounds.

Such justification is often difficult to show.

Individuals may be recruited to work:

It is important for employers to ensure that the terms are clearly recorded so that the expectations are clear.

Whether the individual is an employee, worker or self-employed will depend on the specific circumstances of the relationship (see above).

It is very common for employers to think that, because of the informal and sporadic relationship, the “casual employee” is not actually employed.

However, this is not always the case and each situation will be judged on its own facts.

What is an umbrella contract?

Under an umbrella contract, a contractual framework remains in place between the employer and the individual during periods where no work is provided, and employment rights could be accruing.

Even where an employee is not employed constantly, there may still be an overriding employment relationship that spans not just the times the employee is contracted to work, but also the gaps between periods of work.

This is often described as an “umbrella” contract and it essentially exists where the mutuality of obligation between the parties continues even during the periods where no work is available.

Again, it will depend on the specific facts as to whether or not this is the case.

Another option for businesses responding to seasonal demand is to engage agency workers.

In this situation, the individual would normally be a temp, hired via an employment business.

In the majority of cases, that individual would not be deemed to be an employee or a worker of the end user. However, they do still have certain rights.

They should be given information about any employment vacancies and access to all collective facilities (such as the work canteen).

After 12 weeks, they are also entitled to receive the same rate of pay and basic working conditions as permanent staff.

Businesses may be tempted to recruit students or school children to assist with seasonal peaks, especially where this coincides with academic holidays.

Employers should bear in mind that there are strict rules governing the employment of children (being someone who is not over the compulsory school age).

There are also specific rules that apply to under-18s, especially in relation to working time.

Katee Dias is a senior solicitor in the employment team at City law firm Goodman Derrick.
View all posts by Katee Dias →
Previous Article
Next Article

One Response to Seasonal workers: key contractual issues for employers