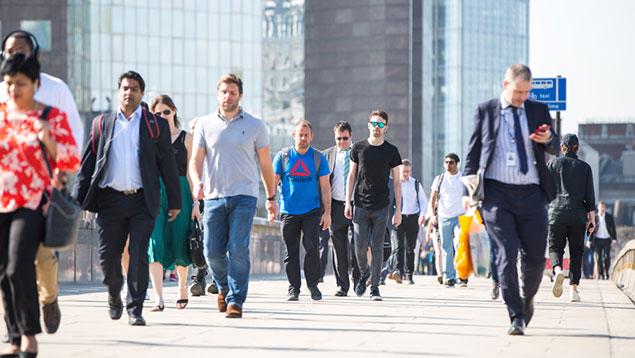 There were 6,550 disability discrimination claims at employment tribunals last year, a 37% rise on the year before (4,770), according to Ministry of Justice figures.

The data represents a growth rate eight times faster than the increase in total claims over the same period.

According to employment law specialist Fox & Partners the explosion of disability discrimination cases is not only down to the simple fact that tribunal fees were abolished in 2017, but an increased willingness of employees to bring claims relating to mental health issues.

Fox & Partners said many claims of workplace disability discrimination related to the impact of high levels of stress and depression on an individual’s work.

Employees’ absence through stress often resulted in disciplinary action or dismissal, which led to high numbers of claims.

Financial services is one sector where the effect of increases in stress were highly visible with the number of stress-related absences now higher than in the immediate aftermath of the 2008 crisis.

An analysis of Heath and Safety Executive figures in January by Fox revealed that the increase in days lost was a reflection of how workers had come under continued pressure from redundancies, restructuring programmes and increased regulatory burdens, such as the introduction of the MiFiD II (Markets in Financial Instruments Directive) in January 2018. This affected the profitability of smaller brokerage firms, putting some jobs at risk.

Another aspect of the new regulatory controls is the Senior Managers Regime (SMR), introduced in March 2016 and gradually being rolled out to all large finance firms. Fox considers that it is also a factor in increasing stress levels. Under SMR business leaders cannot delegate accountability for oversight and the results of actions taken by staff. Decisions must be taken at the correct levels and evidence put in place at every stage of decision-making.

Ivor Adair, Partner at Fox & Partners, said: “Workers are now facing a range of increased pressures impacting their mental health. This is especially true for employees in financial services, with the introduction of the Senior Managers Regime and the additional work needed to prepare for Brexit.

“Employers need to ensure they handle the pressures facing their employees in the correct way. Improved training among managers in dealing with mental illness can help them reduce the likelihood of claims by increasing awareness and helping them create ways to ameliorate them.”

As part of efforts to mental wellbeing, the government has pledged its commitment to the 40 recommendations of the Stevenson Farmer Review, the independent review of mental health and employers published at the end of last year.

According to Health and Safety Executive figures there were 26.8 million days lost through work-related ill health in 2017-18. Among those who took days off the longest absences were of those suffering stress, depression and anxiety (26 days), followed by general ill health cases (20 days).