Should occupational health panic about the Fit for Work service? 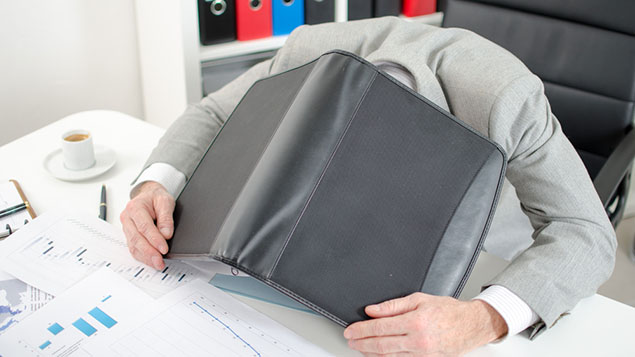 Nic Paton discusses the recent introduction of the Government’s Fit for Work service, and looks at the possible consequences for employers and OH practitioners.

It may be completely misappropriating Douglas Adams’ The Hitchhiker’s Guide to the Galaxy, but it would have been reassuring for OH practitioners if the Government’s new Fit for Work service had launched with the words “don’t panic” across its website in large, friendly letters.

Since the service began with barely a whisper a few days before most of the country shut down for Christmas 2014, OH practitioners are now rapidly playing catch-up.

Reactions to Fit for Work

“I’m having a panic attack!” was the response of one practitioner upon receiving an email highlighting the fact that the new service was now in existence.

Janet Patterson, OH practitioner and director of OH nursing services at Black & Banton, explains: “From the point of view of an OH provider, there is an immediate early concern around ‘hold on, this is my realm’. If employers are going to be able to access this sort of information and assistance on a plate for free, what is it going to mean for providers?

“But I think once the dust has settled, things will calm down. What concerns me, however, is the people doing the assessment are not necessarily going to be trained in occupational health; there will be counsellors, physiotherapists and so on.”

Fit for Work Service – a timeline

November 2011 – Dame Carol Black and David Frost publish an independent review of sickness absence in the UK, including identifying a lack of access to occupational health advice as one of the obstacles to people returning to work.

January 2013 – Government responds to the Black/Frost review, accepting the recommendation for the creation of a new health advisory and assessment service.

March 2013 – Chancellor George Osborne announces in his Budget he will be scrapping the Statutory Sick Pay Percentage Threshold scheme to fund the new service.

December 2013 – the Chancellor’s Autumn Statement outlines a £500 tax break for employers investing in health interventions recommended by the new service.

February 2014 – a new “Health and Work Service” is  unveiled by the Government.

August 2014 – Department for Work and Pensions announces the five-year £170 million contract for running the service in England and Wales has been awarded to OH provider Health Management. The service in Scotland will be run by the Scottish Government on behalf of the UK Government.

November 2014 – the Government announces the new service will from now on be known as “Fit for Work”.

December 2014 – Syngentis announces an agreement with Health Management whereby 45 NHS OH teams covering 103 sites will eventually provide face-to-face appointments for the new service. The Fit for Work website and telephone advice line is also launched. Assessment pilots begin across Sheffield, with an aim for a national rollout from spring 2015 onwards

The websites offer a range of general resources, information and factsheets for employers and employees. There is an advice hub, a live chat section and an area where questions can be asked. The Department for Work and Pensions (DWP) has issued more detailed guidance for employers, (see below).

The telephone and face-to-face assessment service that will accompany these resources is also now beginning to take shape. From mid-January it started being piloted as a “proof of concept” in 20 GP practices within the Sheffield area. It will gradually now expand, with the Midlands, the North-West and Wales the next likely zones for rollout.

However, the key problem currently is simply its very low public profile, as Professor Sayeed Khan, chief medical adviser for manufacturers’ organisation the EEF, points out: “Lack of awareness is absolutely the core issue right now. Most people – employers and GPs – simply do not know it is happening. There is supposed to be a communication strategy, but one of the problems is everything has been so delayed – the December launch was months later than it was supposed to be.”

The fact that the Government, despite intensive lobbying from the British Medical Association (BMA), is continuing to refer to the service as offering an “occupational health assessment” rather than the more accurate “fitness to work assessment” is also causing intense frustration, argues Dr Paul Nicholson, chair of the BMA’s occupational medicine committee.

“I think the damage is done,” he concedes. “There has been so much emphasis in the lead up to announcing the service that this so-called occupational health service is all about getting people back to work, with no apparent understanding of the much wider roles played by OH professionals,” he says.

But, as Khan points out, the reality on the ground is likely to be more complicated: “A GP may refer someone and not realise that the employee already has access to an OH service. The case manager does ask the following question at the beginning of the telephone consultation: ‘Do you have access to OH or other employee benefits?’, but the issue will be ensuring there is liaison with any OH service.

“Where there also might be an issue is where an HR manager is thinking ‘I do not like what I’m hearing from our own OH service, I think I’ll go to Fit for Work for a second opinion.’ I think there may be a bit of that, even though it is not the way the service is supposed to be used,” he adds.

Patterson suggests the Government might have taken another approach to avoid these issues. “What I would have liked is a mechanism whereby if it is ascertained an employee already has access to an occupational service, then they are automatically referred into that rather than into the Fit for Work service,” she says. “In this way, established systems of referral, consent and understanding of the business needs can be tapped into.”

Diana Kloss, chair of the Council for Work and Health, argues: “Its success will depend to a great extent on the quality of the OH professionals staffing the telephones. Also, with the current shortage of qualified professionals, I wonder whether sufficient good people will be available.

“Many are concerned that complex problems, especially mental health problems, cannot be adequately dealt with on the phone, and will have to be referred to a face-to-face meeting, which will increase the costs of an operation that is not generously funded,” she adds.

Making it work in practice

Of course, it is early days. Indeed, as Khan argues, we should be careful about rushing to cast judgment on something that has barely been born.
He says: “We mustn’t come to this with pre-judged beliefs and, let’s not forget, there is £170 million of taxpayers’ money being put into this so, rather than bitch about it, let’s try to make it work, particularly for the SME community, where there has, up to now, been a massive gap in terms of this sort of provision.”

To accompany the launch of the service, the DWP has issued guidance for employers, which includes: