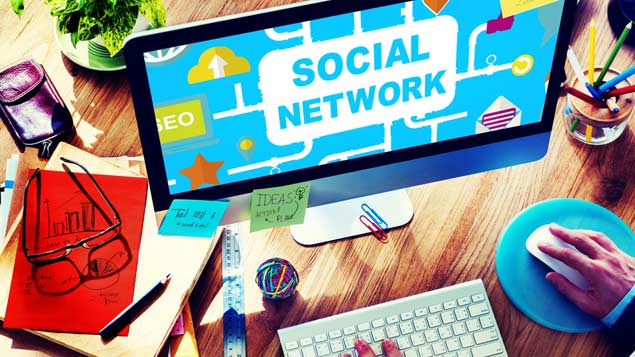 Using social media specifically to heighten employee engagement is not as established as its other uses, despite the potential for greater collaboration and ideas sharing, discovers Cath Everett.

While organisations have been using social media widely for external marketing and customer service reasons for at least five years now, internal adoption for employee engagement purposes has only really taken off over the last couple, according to experts.

The reasons for this slower uptake are in some ways obvious – most companies focus their attention on winning over and retaining customers rather than staff because it is from the former that income is generated.

This makes it much easier to justify investment in new projects and to see a concrete return, says Jonny Gifford, a research adviser at the CIPD.

A lot of companies adopt social media for customer-facing activity and still ban it internally, but if it’s going to work effectively, you really have to embrace it across the board.” – Gareth Jones, Chemistry Group

Employee engagement, on the other hand, is a more nebulous and abstract concept that can be tricky to measure in terms of productivity gains or hard financial returns.

But as Gareth Jones, partner and head of technology at talent management consultancy The Chemistry Group points out, the problem with that argument is “you can’t be truly social as a business externally unless you do it internally too”.

“A lot of companies adopt social media for customer-facing activity and still ban it internally, but if it’s going to work effectively, you really have to embrace it across the board,” he explains.

Also, if you have happy staff, you generally have happy customers as people will tend to be more affable and willing to go the extra mile, which makes everyone feel good.

But, while it may be relatively early days for most organisations in terms of social media engagement, there are some who are using it to their advantage.

They argue that if it is used well, social media can help to foster more effective internal networking, communication and collaboration activity, as well as give employees a voice.

The most common usage in this context, according to Jones, is employing tools such as Microsoft’s Yammer or Jive to encourage employees to converse more with their peers, creating a more positive and collaborative working environment.

A particular driver here is if the workforce is large or dispersed over a number of sites, so the tools enable people to connect with unknown colleagues in a way that they wouldn’t be able to do otherwise, boosting their sense of belonging and encouraging the sharing of ideas.

According to a report last year from the CIPD,“Putting Social Media to Work: Lessons from Employers”, Bromford housing association used Yammer to help its 1,250 staff across 150 different sites feel more of a sense of identification and shared purpose with the organisation.

On one occasion, a maintenance engineer posted before, during and after photos of a housing improvement project, meaning other employees could get a real feel for what that team was working on.

Helena Moore, the firm’s director of communications and organisational development, said: “To get one of our engineers to do something like that, without even asking – we would never have had that [before]….It brings alive what we’re really about. It’s actually showing colleagues what we do.”

Chris Haselden, the force’s director of people and leadership, calls this “a piece of internal intelligence for what is going on in the organisation”. It means that the force can better pick up on issues affecting staff and act upon them.

But Jonny Gifford, a research adviser at the CIPD, warns that there are challenges in building engagement through internal use of social media.

He points to the CIPD’s “Social Technology, Social Business?” study, in which just under half of respondents indicated that, while such technology helped get the right information to the right people, it also contributed to information overload.

Another consideration is that, while internal social media platforms can help give employees a voice, in many cases, the impact can be fairly superficial.

This is because, although managers often become better at seeking staff views, there is generally no real difference in how responsive or how open they are to being influenced by them.

As the report says, the point here is that “social technology alone will not transform organisational culture and, equally clearly, meaningful voice is more than simply giving employees a platform: they need to be heard”.

But it is this very issue of organisational culture that will be key to whether employees actually choose to engage with enterprise social media a lot, a bit or not all.

Chemistry Group’s Jones explains: “You often see pushback where people will say ‘what’s the point when we can just talk to each other or use email?’

“While there’s some validity to that argument, the real reason is dictated by the environment that leadership is creating and whether it’s driven by politics or is open and honest.

“If people don’t feel they can talk openly without judgment, they simply won’t engage.”

One company that has managed to get it right, however, is Capital One. A couple of years ago, it replaced its old intranet and introduced its “Pulse” internal social media platform, based on Jive.

The aim was to improve internal communications and boost engagement by providing the organisation’s 43,000 staff around the world with a forum for accessing interactive rather than static content.

If you have an event and employees talk about it on Facebook and family and friends say ‘you work in a great place’, they feel a sense of pride and that drives engagement.” Karen Bowes, Capital One

Here, people would find all of the company’s top news, and read blogs as well as other various posts and opinions from senior executives and peers. They could also come up with their own.

But rather than worrying about creating an anarchic free-for-all, Karen Bowes, the bank’s international vice president of HR, says that it was about trusting people to behave like adults rather than treating them as children.

“At first it’s a leap of faith and a mindset shift, but if you hire great people and you really believe they’re your greatest asset, what are you trying to control? People want to get involved,” she says. “So if you start with that mindset, it just snowballs and people do get involved.”

The only stricture the company put in place was some basic “common sense” behavioural guidelines.

“We did some tongue-in-cheek stuff such as ‘Would you stand on a table in a restaurant and say my manager has upset me today?’ No you wouldn’t, so don’t do it on social media either,” Bowes adds.

The next step was to encourage so-called “social ambassadors” and senior managers, particularly in those areas of the business where the firm was keen to recruit “digital natives”, to post across a range of social media platforms.

“With the leaders, we said it’s part of your job to attract the next generation of talent to the organisation so you need to be credible and have them following you,” Bowes says.

“While people were nervous at first, we engaged social media experts for two hours of intense training on how to tailor content to maximise their profile and now they’re unstoppable.”

The social ambassadors, meanwhile, had already kicked off interest in contributing to Pulse by creating plenty of their own relevant content.

They encouraged others to tweet or post on Facebook about their everyday life at the bank, whether that meant having a curry with other team members on Thursday lunchtimes or listening to inspirational speakers at a corporate event.

“Banks tend to be quite nervous, but if you have an event and employees talk about it on Facebook and family and friends say ‘you work in a great place’, they feel a sense of pride and that drives engagement,” says Bowes.

“So, if you trust people and give them a great place to work, there’s really not much to criticise you about.”

While she acknowledges that social media is only “one spoke of the wheel” when trying to foster high levels of sustainable engagement, she also believes it is a useful tool in supporting honest and open communications:

“This is the world and the world is governed by social. We find things out first through social in our personal lives, so if that’s the context we’re working in, why not? If you don’t [engage with social media], you’re more likely to appear reticent and a bit of a laggard,” she says.